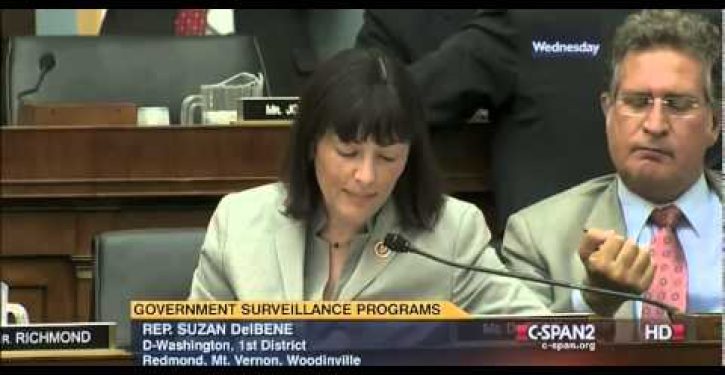 Step right up, ladies and gentlemen! Step right up! See the woman with two heads, witness a man who is half elephant, watch a U.S. congressman extract wax from his ear on live television and…

And … the bottom line is open to interpretation. According to New York’s Daily News, a C-SPAN broadcast of a hearing organized by the House Judiciary Committee last week unambiguously shows Florida representative Joe Garcia (D) “digging into his ear and then chowing down on what came out.”

Garcia maintains he was merely scratching his ear before he noticed a hangnail which he subsequently removed by biting off the fragment with his teeth. He is quoted as telling NBC Miami, “My mom always told me to keep my fingers out of my mouth, and now I know why. I look forward to immigration reform going viral.”

It’s hard to assess what impact the incident will have on the immigration debate, but the verdict on the virality of the video is already in. As of press time, it had half a million views and counting.

The clip follows, and viewers are free to make their own call, but either reading looks pretty bad for an elected U.S. representative, who — if nothing else — appears bored by the proceedings.

According to Legistorm, Garcia currently earns $174,000 in salary. If he is in fact as bored by his job as he looks in the video, maybe voters in his district will help relieve his ennui in the next election.