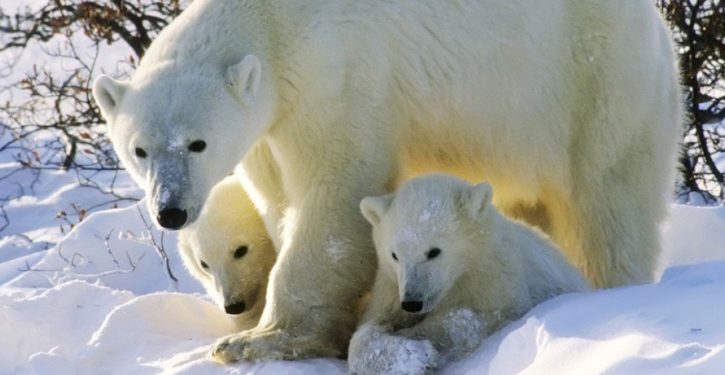 Polar bear populations are booming. That’s interesting, because it is at odds with what many people think. In my neighborhood, children posted fliers in a park about how global warming was supposedly killing off the polar bears. They were apparently told this by their teachers. Some government officials used to cite a dwindling number of polar bears as being the result of climate change.

But there are more polar bears now than there were a generation ago. As John Hinderaker points out, “polar bears are thriving.” As retired meteorologist Anthony Watts notes,

In The Polar Bear Catastrophe that Never Happened, a book published today by the Global Warming Policy Foundation, Dr. Susan Crockford uses the latest data … and concludes that polar bears are actually thriving:

My scientific estimates make perfect sense and they tally with what the Inuit and other Arctic residents are seeing on the ground. Almost everywhere polar bears come into contact with people, they are much more common than they used to be. It’s a wonderful conservation success story.