Daily Beast columnist Eleanor Clift was thrown a life line Tuesday — which she promptly threw back at her would-be rescuer.

Clift was invited to participate in a telephone interview with Newsmax’s Steve Malzberg, who gave her a chance to retract the outrageous claim she had made two days earlier, when she asserted on “The McLaughlin Group” that Ambassador Chris Stevens had not been “murdered” in Benghazi (she used air quotes to set off the word) but died of smoke inhalation.

She had also insisted on the Sunday show that the attack on the U.S. foreign mission was prompted by an anti-Islamic video, a theory discounted long ago.

Clift stuck to her guns when given the chance to explain her statement.

After she and Malzberg discussed Karl Rove’s recent remarks about former Secretary of State Hillary Clinton, the host brought up her earlier Benghazi statement at about the 3:50 mark of the interview (below). Clift firmly dug her heels in:

I was taking issue with the sort of glib use of the word ‘murdered. I think dying of smoke inhalation in the safe room of a CIA outpost has a slightly different feeling, and my point is that it was a very chaotic event. The CIA was involved which is why there was a lot of confusion initially, and that all the questions that this special committee is raising have been asked and answered in previous investigations.

Malzberg analogized the 9/11 attack on the World Trade Center. “If you die in a terrorist attack, were you not murdered?” he asked.

“Sir, I’m going to stick with my explanation,” Clift responded. 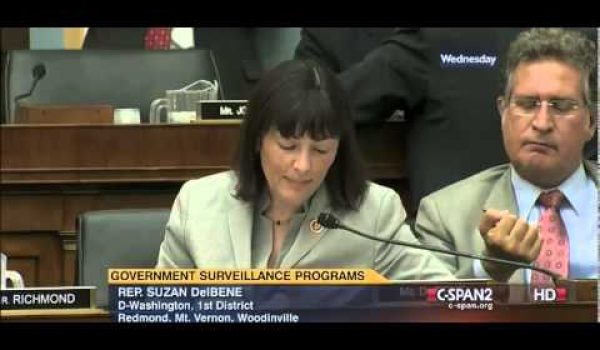 Did Dem congressman feast on his own ear wax on TV?
Next Post
Florida becomes 8th state to pass so-called ‘anti-Sharia’ law