The IRS itself admits that roughly one-quarter of EITC payments were issued improperly in fiscal year 2013. The dollar value of these improper payments was estimated to be between $13.3 billion and $15.6 billion.

The IRS can and must do more to protect taxpayer dollars from waste, fraud and abuse.

On its EITC webpage, titled “It’s Easier Than Ever,” the IRS says the credit “help(s) you keep more of what you earned.”

“Don’t miss out if you made less than $51,567 … even if you do not owe any tax or not required to file,” the page states in both English and Spanish.

TIGTA did not make any recommendations in its report, which pointed to a persistent pattern of improper payouts.

IRS officials said they had received guidance from the Office of Management and Budget that will allow them to resolve the noncompliant areas identified by TIGTA.

The American public remains highly critical of the IRS.

Half of voters say the agency broke the law when it targeted tea party and other conservative groups, and even more says the matter needs to be looked into further, according to a new poll.

A Rasmussen Reports national telephone survey found that 57% of those surveyed think the Obama administration’s handling of the IRS matter merits further investigation. Just 28% say the matter should be closed, and 15% are not sure.

The survey of 1,000 likely voters was conducted May 9-10. The margin of sampling error was plus or minus 3 percentage points, with a 95% level of confidence. 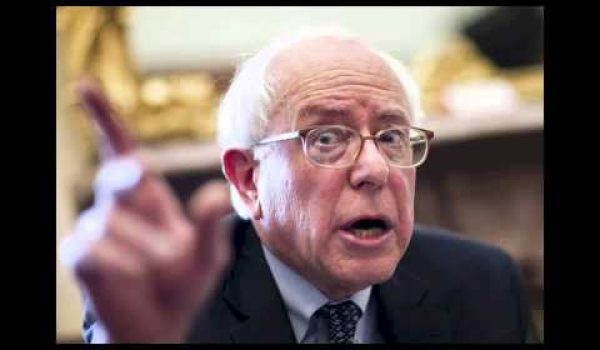 Bernie Sanders pins blame for VA scandal on … Koch brothers?
Next Post
Ezra Klein has some stern words for all you dang young’uns with your youthful idealism