Do as Panera Bread CEO Rob Shaich says, not as he does. From the Washington Free Beacon comes word that Shaich, a Democratic donor ($35,800 to the Obama Victory Fund) and minimum wage supporter, plans to replace the warm bodies that currently man his cash registers with cold, robotic ones.

Noting that Panera boasts 1,800 eateries nationwide, Timothy Carney of the Washington Examiner asks whether Shaich plans to pay $10.10 an hour to each of the automated touch-screened kiosks he anticipates installing in every Panera store.

The change is part of a plan to stave off sagging sales growth caused by customer dissatisfaction with Panera’s current “mosh pit” approach to food service. It is a chaotic arrangement whereby customers are alerted via handheld buzzer that their order is ready. They must then play what Shaich calls “Find Your Food” — navigate the crowds at various stations that serve sandwiches, drinks, or condiments.

Carney quotes Shaich as saying this new methodology won’t lead to downsizing — that Panera will have fewer cashiers but more employees running the food to customers’ tables.

Carney is skeptical, and so are we. In January 2013, the Associated Press analyzed employment data from 20 countries and spoke with economists, technology experts, robot manufacturers, software developers, CEOs, and workers who are competing with smarter machines. The reporters found that almost all the jobs disappearing are in industries that pay middle-class wages, ranging from $38,000 to $68,000.

Even if you accept the premise that the trend will not immediately affect jobs that earn roughly half the bottom wage parameter above (i.e., minimum wage jobs), what is to prevent it from ultimately trickling down to the lowest echelons if the middle middle-class wage earners remain out of work indefinitely?

Cartoon of the Day: Excedrin headache 9,318,302 (aka Obamacare)
Next Post
HBO’s John Oliver: Who gives sh*t if 42% don’t believe climate change is fact? 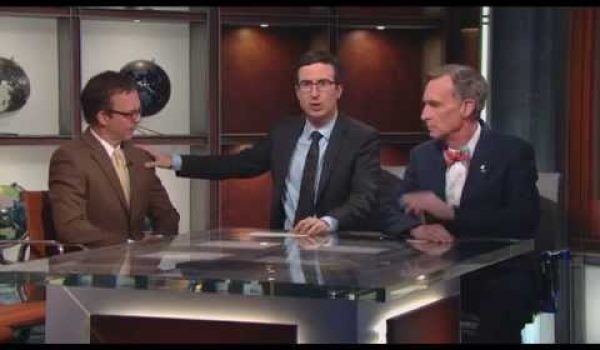