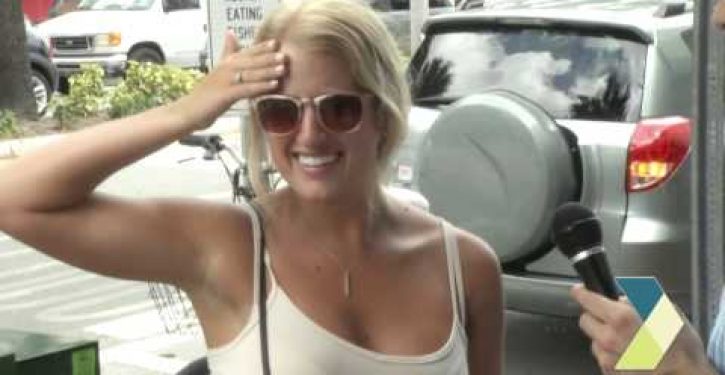 A Happy Cinco de Cuatro to all! What is the name of the Vice President? You’re to be forgiven if you’d tried to create a mental blog that eclipses the name and face of the current stooge who holds that office, but your fellow voters in the video that follows don’t know the number of justices who sit on the Supreme Court or who heads up the Executive branch, either. The video, courtesy of ABC News, was shot by the Immigrant Archive Project, asked randomly selected people on the street in Miami questions that appear on the civics test given to immigrants applying for U.S. citizenship. Said Tony Hernandez, a spokesman for the group:

I’m not sure the 15 people we interviewed here in Miami are representative of the nation as a whole, but we were surprised to see only one person pass.