One again, the “party of intellectuals” demonstrates that underneath its phony mantle of of tolerance and civility it has all the sensitivity of a toilet seat. Taking a page out of the Wendy Davis staff playbook — in January a member of Team Davis ridiculed paraplegic opponent Greg Abbott for his “matchstick-thin legs” — a liberal group in Maine has accused Republican lawmaker Dale Crafts of having “no spine” and failing to “stand up” to the state’s governor.

Crafts has been bound to a wheelchair for 26 years as the result of a motorcycle accident.

Maine People’s Alliance (MPA) circulated a leaflet designed to look like a medical prescription. On it was Crafts’ picture and his list of “ailments,” which included having “No Heart” and “No Spine.”

The left-wing group was attacking Crafts because he “voted to deny health care to 70,000 Mainers” and “failed to stand up to Gov. [Paul] LePage’s bullying,” according to the flier. MPA is upset that LePage and Republicans have continued to block Medicaid expansion in the state.

Earlier this year, the MPA created the website 157Mainers.com. It cited 157 as the “number of Mainers estimated to die this year if Gov. LePage and the Legislature fail to accept federal health care funds.”

Republican lawmakers called for an apology from MPA for its flier targeting Craft, and Democratic leaders shared an email distancing themselves from the group, which lobbies heavily on behalf of state Democrats.

They are “the heart and soul of the Democratic party,” one Republican staffer told The Daily Caller News Foundation.

They may disagree with Dale’s political views, but these kinds of personal attacks are completely uncalled for and are inconsistent with Maine’s tradition of higher political discourse.

Countering claims that the no-spine comment was an ill-chosen metaphor but nothing more, Republican senate leader Michael Thibodeau in a statement:

I find it hard to believe that was a simple mistake by the MPA. This is a well-organized and well-financed group that has a history of launching unfounded, vicious attacks on their political opponents. But this is a new low, even for them.

In March 2012, MPA operatives stormed the state house’s Hall of Flags to protest Republican policies. During the outburst, they shouted at a group gathered at a multiple sclerosis event. Another MPA activist was caught shoplifting from a woman’s car while canvassing for the group.

To their credit, Democrats seem fed up by the group’s antics as well. Democratic Rep. Brian Jones wrote in a letter to fellow Democrats obtained by TheDCNF:

We’ve only been out of session two days, and it’s not beginning in a good way. In fact, it’s pretty disturbing. ‘Our’ allies sent a mailer attacking the Republicans for their votes against Medicaid expansion.

It isn’t productive in helping the people of Maine make informed decisions by appealing to issues viscerally. Finally, even though the ‘playbook’ might say that negative campaigning ‘works,’ most of our constituents find it distasteful.

Jones urged other Democrats to “email the Maine People’s Alliance and voice your strong concerns over it.”

For their part, MPA says it regrets the flier attacking Crafts. The group’s communications director Mike Tipping told The DCNF:

The letter was distributed by volunteers in districts across the state and the ‘stand up’ metaphor wasn’t meant to refer to one legislator and certainly not to someone’s disability.

We regret the unfortunate implication in Rep. Crafts’ case. I apologized to him personally yesterday for the inadvertent offense and he graciously accepted our apology.

The Maine People’s Alliance is just a bunch of liberal windbags.

I voted against ObamaCare’s welfare expansion because I go to work every day in my wheelchair, and I don’t think I should be paying extra taxes just so able-bodied young men can get free Medicaid.

This report, by Chuck Ross, was cross-posted by arrangement with the Daily Caller News Foundation. 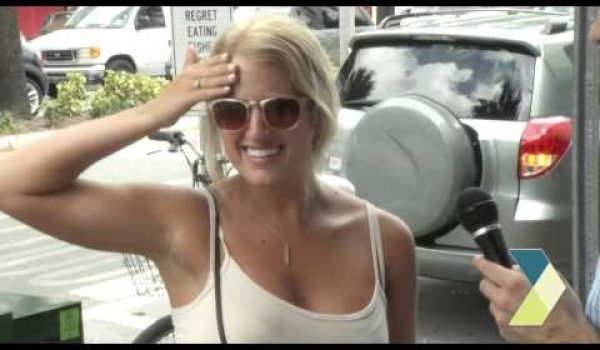