The Israel-Palestinian talks are dead, and the Obama administration is doing its best to let the world know it blames Israel. Not by blatantly coming out and saying it, because that would cause Israel to fight back against the slander, but by sneaking around and creating a whisper campaign.

Most famous was John Kerry’s statement about Israel becoming an apartheid state made in an off the record speech at the Trilateral Commission. Not as well known was a recent interview a senior member of the State Department gave Ynet News’ Nahum Barnea (on the condition of anonymity), in which it was suggested that Israel may have earned a third intifada, echoing a previous Kerry statement.

Time and again, Kerry’s erroneous declarations have suggested moral equivalency between Israel and its adversaries. With the possible exception of agreeing to negotiate, Kerry has never announced any concession by the Palestinian side. The reason for that is there hasn’t been any. It is clear that to the Obama administration it is up to Israel to make all the concessions.

The American stance seems to be that if Israel doesn’t make one-sided concessions to every Palestinian demand, the Jewish State will return to the era of suicide bombers murdering hundreds of civilians in Israeli city center.

While addressing a February conference in Munich, Kerry seemed to give support to the anti-Israel BDS (boycott, divestment and sanction) movement saying:

The risks are very high for Israel. People are talking about boycott. That will intensify in the case of failure.

In the stealth interview with Ynet’s Barnea, the State Department phantoms totally ignored the fact that, under the previous administration, negotiations went ahead despite Israel’s practice of adding homes to existing “settlements,” and the only reason that changed is that the former Secretary of State, Hillary Clinton, decided to ignore a deal with Israel.

The negotiations had to start with a decision to freeze settlement construction. We thought that we couldn’t achieve that because of the current makeup of the Israeli government, so we gave up. We didn’t realize Netanyahu was using the announcements of tenders for settlement construction as a way to ensure the survival of his own government. We didn’t realize continuing construction allowed ministers in his government to very effectively sabotage the success of the talks.

Blaming Israel, one State Department official said, “I guess we need another intifada to create the circumstances that would allow progress.”

Not that they want another intifada they said, that would be a tragedy.

More than once this administration has blamed Israel for the failure of the talks only to walk the statement back to blame both sides.

Comments by Obama, Kerry, and other senior officials make it seem that Israel’s decision to add homes to existing communities or to agonizingly debate whether to release convicted murders who would have been executed if their crimes took place in states such as Texas, were just as damaging to the peace process as the daily anti-Semitic incitement on Palestinian TV, the continued rockets and other terrorist attacks, or the deal signed with the terrorist group Hamas.

Kerry’s apartheid comment, ironically published on Yom HaShoah, proves the lack of understanding of Israeli society this administration has.

Not only is Israel the only democracy in the Middle East but also it is the only pluralistic society. All citizens of Israel, Jew or Gentile, enjoy the same freedoms and full human and civil rights. Minorities in Israel participate in government, are elected to parliament, have served as ministers and judges, including on the Supreme Court. Palestinians have even sued the Israeli government and won in the courts.

Where else in the Middle East does that happen? In Israel’s Muslim neighbor countries, including the Hamas-controlled Gaza, Christian minorities are oppressed; so are women and homosexuals. Most Jews have long since been thrown out of the Arab countries, and by making the “settlements” an issue, the Obama administration is declaring Judea and Samaria must also be “Judenrein.” But to this administration, Israel is the oppressor nation.

A key part of foreign policy, in fact of all negotiations, is to understand what is in the mind of the other side. The Obama administration does not understand that the Palestinian side’s ultimate strategy is to destroy Israel, which is what they tell their people in Arabic.

In every prayer service, Jews make multiple prayers for peace; those prayers continue to be in the hearts of the Israeli government as they negotiate with their neighbors.

What this administration doesn’t understand is that despite the desire to make peace, Israel will never agree to a treaty that endangers its security, no matter what the slander and pressure coming from the American administration.

Sixty-six years ago this week,  Harry Truman ignored much of the world and his own State Department to recognize the brand new state of Israel, because morally it was the right thing to do. This administration’s actions over the past few weeks, trashing Israel in off-the-record speeches and anonymous interviews, makes one wonder if Barack Obama would have the moral fiber to make the same decision as Harry Truman. 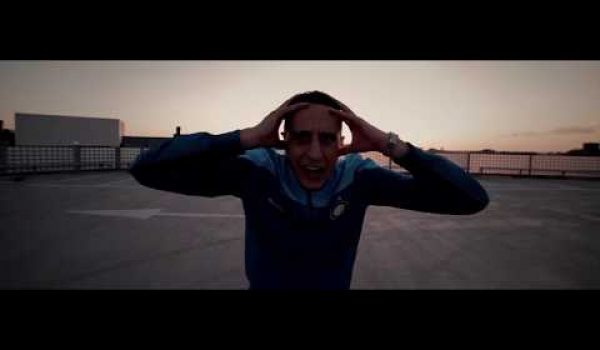 Dutch Muslim rapper: ‘I hate Jews more than Hitler,’ ‘don’t shake hands with f**gots’
Next Post
Tea party candidate whose ‘takeover’ solution could be just what the GOP needs