For those who are truly celebrating Christ’s resurrection today and not absorbed with chocolate-covered marshmallow bunnies, here is a question, along with some facts and answers that you could roll like eggs at your family’s Easter gathering.

First, the question: Does scientific evidence for Christ’s resurrection exist today? The answer, millions of other faithful and I believe, is “yes” and it is called the Shroud of Turin. Here are four scientifically proven reasons and one Biblical reason suggesting the shroud’s authenticity.

1. The cloth and what is on it

Scientists have concluded that human male blood appearing on the Shroud is a rare type AB. The blood penetrates the cloth as you would expect but the blood on the cloth was there before the image of the crucified man. “Blood first, image second” is a phrase familiar to Shroud researchers.

Moreover, the image of the man does not penetrate the cloth and was formed at a later time. Even more remarkable, is that the man’s image can be scraped away with a razor blade because it sits on top of the cloth.

Researchers have determined that the weave of the flax linen cloth would have commanded a high price. This is consistent with all the Gospel accounts in the Bible stating that Joseph of Arimathea a “wealthy man,” donated his own tomb and provided the burial shroud that wrapped Jesus.

Additionally, pollen found on the Shroud is consistent with the types of plants and flowers in Jerusalem at the time of Jesus.

Adding to the mystery is travertine aragonite limestone (road dust) almost exclusively found in the vicinity of Jerusalem, is also on the Shroud around the knees and feet.

2. The substance comprising the image is still unknown

Scientists all agree that paints, pigments, stains or dyes could not have been used to create the man’s image. This is because substances available to an artist centuries ago would have penetrated the cloth, similar to the blood.

Scientific tests conclude that the substance forming the image was applied with 100 percent consistency. The depth of the image only penetrates the top two microfibers everywhere on the shroud without any variation. A human artist would not be capable of such consistency

More baffling is the man’s image is a photo negative and a “positive image” is only reflected when a photo is taken. This astounding fact was discovered in 1898 by Secondo Pia, an Italian amateur photographer, when he applied the “new technology” of photography to the Shroud.

The man’s image also contains “distance information” which means the image can be read like a 3D map when using relief mapping techniques first developed by NASA. This technology was used to develop the History Channel’s 2010 mega-hit documentary The Real Face of Jesus?

3. The formation of the image

How was the image formed on the cloth? The answer to this question can be found in a 2012 study by world-renowned Shroud researcher Professor Giulio Fanti of Padua University in Italy. His study strongly suggested that the force which caused the man’s image to be imprinted on the cloth was radiation released in the form of an electrical discharge. In layman’s terms, a burst of light and energy.

Headlines such as: “Shroud of Turin is not a medieval forgery” were typical of what appeared across all media platforms around Good Friday, March 29, 2013. The headlines referred to Professor Fanti’s Shroud dating test, debunking the faulty 1988 carbon-14 testing concluding that the Shroud was a “middle age forgery” dating from the years 1260 – 1390. The carbon-14 test was performed on an outer piece of the Shroud that had been sewn on later for handling purposes.

Fanti’s 2013 test method’s examined the decay rate of microscopic fibers within the Shroud as compared to similar linen cloths known to be both older and newer. As a result, Fanti concluded that the Shroud ranged in age from 280 BC to 220 AD with a 95 percent confidence level. That timeframe obviously includes 33AD when Jesus was wrapped in his burial shroud.

5. Shroud is totally consistent with Biblical accounts of Jesus’ death

Is it a coincidence that every mark left on the Shroud is consistent with the physical torments endured by Jesus Christ as described in the New Testament Bible Gospels of Matthew, Mark, Luke and John?

The cloth reveals the man was brutalized with a crown of thorns. He was repeatedly scourged with Roman flagrum, and suffered nail puncture wounds on his wrists and feet. His knees were bruised from falling and the mark of a spear wound is on his side. Also consistent with the Gospels is that the man in the Shroud had no broken bones.

It is important to note that the Shroud indicates nail marks are on the man’s wrists and not on the palms of the hands as is commonly depicted in statues and paintings. This is intriguing and accurate because the Romans knew that hands would not have supported the weight of a hanging body during crucifixion. However, an “artist forger” would have been more likely to have painted nail wounds on the palms so not to counter accepted norms.

Finally, the larger question for Easter Sunday is how did the Shroud survive fires, wars, clashes of civilizations and general tumult for centuries? For example, the strange marks running the entire length of the Shroud are evidence of just how close a 1532 church fire came to destroying the folded cloth.

It is possible the Shroud survived as evidence of Christ’s resurrection for those who need proof in order to believe in him?

Remember what Christ said to “Doubting” Thomas who insisted on seeing his nail wounds after his resurrection before Thomas would believe in Jesus.  ”Because you have seen me, you have believed; blessed are those who have not seen and yet have believed.” John 20:29 NIV

Christians who already believe that the events of Easter Sunday really happened do not need the Shroud of Turin to confirm their faith in Christ’s resurrection, but the Shroud could be considered the perfect intersection of faith and science. 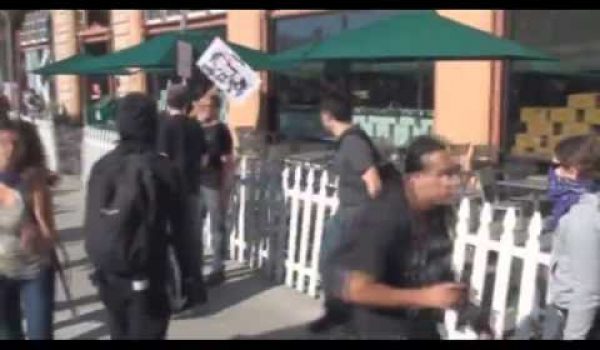