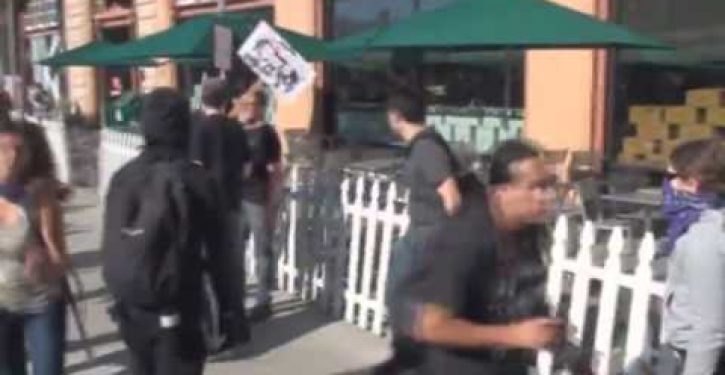 Senate Majority Leader Harry Reid has no regrets for referring to supporters of embattled rancher Cliven Bundy as “domestic terrorists.” In fact, he has since doubled down on his statements, as reported by Lisa Desjardins at CNN.

The people who went to protest the 200-plus armed federal agents who came to confiscate Cliven Bundy’s cattle have also been called “extremists,” and “outlaws, anarchists and terrorists.”

Yet, the only violence coming from the Bundy ranch was when armed agents tazed Cliven Bundy’s son, and shot and killed at least two bulls for “safety” purposes.

“…there’s an obvious problem with establishing a precedent that says Americans can disregard laws and court orders, whenever they feel justified in doing so, if they surround themselves with friends with guns. It’s a dynamic that invites and encourages lawlessness.”

Benen, and his ilk, disregard the fact that hundreds of armed agents descended on a family’s home. And Bundy is not the only rancher who has been hounded and harassed by the Bureau of Land Management, propped up by their radical environmentalist allies, for decades.

It is not about “grazing fees.”

The same people referring to supporters of Cliven Bundy as “domestic terrorists” praised the Occupy movement. They ignored the rapes, the drug use, the murders, the deaths, the vandalism, the squatting, the thousand of arrests, the assaults … and the list does not even scratch the surface … and when a media outlet was forced to report on the very real destruction caused by the Occupy movement, the narrative was always that the evil doers were a “fringe element,” with pundits rushing to assure Americans that Occupy Wall Street was “mostly peaceful.”

Some of the headlines were unintentionally humorous:

Here is one of the “mostly peaceful” demonstrations:

The fundamental difference between Cliven Bundy’s supporters and the Occupy Wall Street supporters seem to be whether the government or the people should be in charge.

This author chooses the latter.

Five reasons the Shroud of Turin could be authentic
Next Post
Store manager fired after bravely confronting, disarming shoplifter