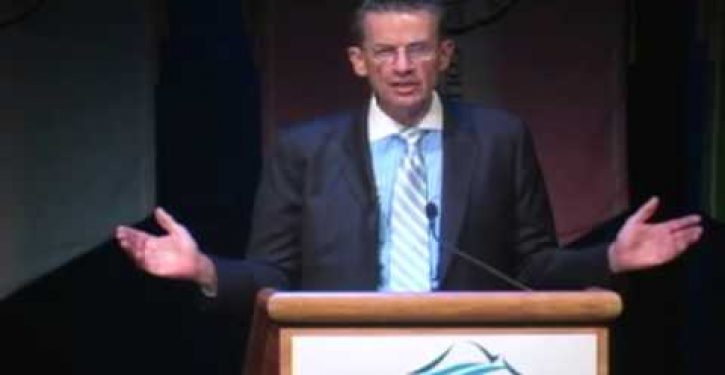 Here’s an “upbeat story” for anyone vexed by the report by LU staff of a racist teacher who was fired because he told a student the country doesn’t need another black president. Campus Reform notes that Western Washington University has distributed a school-wide questionnaire asking the community, “How do we make sure that in future years ‘we are not as white as we are today?’”

Problem, no? Yes, says WWU President Bruce Shepard, who in multiple convocation addresses has spoken out on the dreaded racial imbalance on campus (read: too many white faces), which he regards as a “failure” on the university’s part. Here is a relevant passage from the text of his 2012 speech (a video of his 2013 remarks in their entirety follows):

Every year, from this stage and at this time, you have heard me say that, if in decades ahead, we are as white as we are today, we will have failed as a university.  You showed, in the numbers I just gave, that you are not about to let such failure happen.  From the bottom of my soul – for there is nothing I care more deeply about… [Emphasis added]

In a January post at Shepard’s blog, he channels Al Sharpton, writing “[C]hange we must,” before repeating his prediction of future failure in slightly altered form:

In the decades ahead, should we be as white as we are today, we will be relentlessly driven toward mediocrity; or, become a sad shadow of our current self.

The post appears to be an effort to allay fears of some students:

Several of those who wrote to me of their concern about my statement that “we fail if we remain overwhelmingly white” thought I was advocating a policy of “letting in” minorities and thereby keeping out “equally deserving whites.”

Wherever could they have gotten that idea?

FCC shuts down three radio stations, seizes equipment
Next Post
When is a door not a door? A Common Core math riddle