Today, it was reported that Senate Majority Leader Harry Reid referred to people who protested on behalf of a Nevadan rancher as “domestic terrorists.” It is almost so outrageous that one has to wonder if he has lost his mind.

If you still think this story is about grazing fees, please indulge the author and read the story of Jim Chilton and Wayne Hage.

And ask yourself, if Cliven Bundy was targeted solely for avoiding to pay his grazing fees, why was he the last of 51 ranchers in the area? Were they all freeloaders? The radical environmentalists, coupled with their pawns in the federal government, made life miserable for the ranchers. Most gave up.

It was always about the land.

One particularly radical group is the Center for Biological Diversity (CBD). As reported at Liberty Unyielding, the group does not want to limit cattle grazing. They want to abolish it altogether on public land. So does the Sierra Club, who even has their own “grazing team.” Their mission is to get cattle off all public land.

Now, here is where it gets a bit dense. There are many players and many connections here, but I am going to limit for the purposes of clarity to one Mr. Rob Mrowka. A simple Google search will reveal that Mrowka has been hounding the Bundy family for years.

Here is the screenshot of some of his tweets from Saturday, when the BLM seemingly backed down (Rob Mrowka was none too happy):

The only reason Mr. Bundy has gotten the attention that the others did not, is because Mr. Bundy happens to be a bulldog. If it was not for Cliven Bundy, Americans would not be paying attention to this systemic problem. That is why Cliven Bundy, and the people who trekked to Nevada, are American heroes.

And now the question is, what are we going to do about fixing this problem of government overreach? 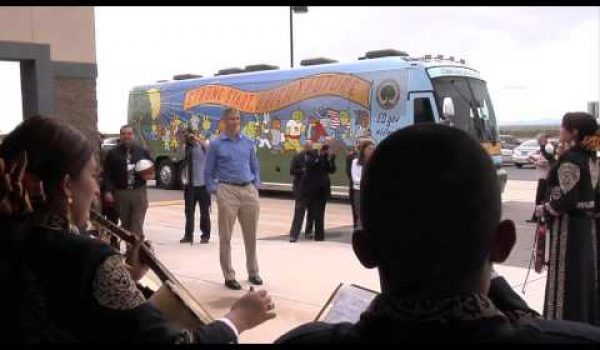