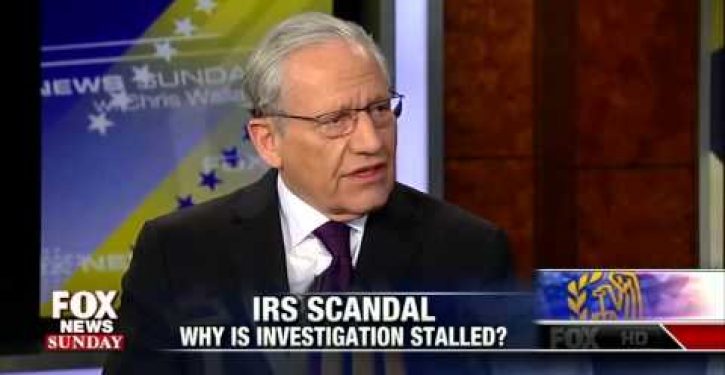 Journalist Bob Woodward said to Chris Wallace of Fox News Sunday as reported by the National Review, “There’s obviously something here” referring to the IRS scandal despite President Obama’s assertion that there “isn’t a smidgen of corruption” at the IRS.

Clearly, Americans agree with Woodward that there is “something here,” as a poll reveals that a whopping 94 percent of Washington Times readers believe that the Department of Justice should “pursue criminal charges” against the former head of the exempt organizations division of the IRS, Lois Lerner.

As reported at the Examiner,

At the time of this writing, 5751 people answered “yes” to the question:

“Do you think the Justice Department should follow the House Ways and Means Committee’s advice and pursue criminal charges against former IRS official Lois Lerner?”

Although the recent focus has been on possible criminal charges against Lois Lerner, the truth is that she did not act alone.

As reported today at Forbes, House Ways and Means Committee Chairman Dave Camp lays out the case for a criminal probe of Lerner in an incredibly detailed and must-read letter to Attorney General Eric Holder. Author Christopher Bergin correctly notes that Lerner is a “gift,” as the media focus on her takes the focus away from the systemic targeting of conservative groups.

“The bad behavior going on at the IRS – whether it is politically motivated or not – does not stop with Lerner.”

Bob Woodward and fellow journalist Carl Bernstein are best known for uncovering the Watergate scandal, leading to the resignation of President Nixon.