The brinkmanship here is what’s of concern.  On Monday, an unnamed U.S. military official disclosed that a Russian attack jet (the AP report calls it a “fighter” jet, but it’s not one) made multiple close passes over USS Donald Cook (DDG-75) on Saturday, as the Aegis destroyer operated off the coast of Romania in the Black Sea.

The Russian navy has had a frigate shadowing Donald Cook as well.  There’s more to this than the Ukraine crisis, and the AP report gets a couple of details wrong, both of which matter.

First, the event, which is described thus:

[T]he Russian Fencer flew within 1,000 yards of the USS Donald Cook, a Navy destroyer, at about 500 feet above sea level. Ship commanders considered the actions provocative and inconsistent with international agreements, prompting the ship to issue several radio queries and warnings.

So far, so good:  that is, in fact, an unusually close and provocative flight profile.  Clearly it was deliberate.  They’re wired on Donald Cook now.

The Fencer aircraft – the Su-24 – is not a fighter, however.  (“Fighter” is normally used to signify an air-to-air combat aircraft: what is often called a “fighter interceptor,” or in U.S. Air Force parlance, an “air superiority fighter.”)  The Fencer is an attack jet optimized for attack against surface targets.  Its primary role is ground attack in land warfare – but it’ll do in a pinch to run aggressive flight profiles against a warship at sea.

The Su-24 is capable of deploying anti-surface missiles, rockets, and laser-guided bombs, and at an altitude of 500 feet and a standoff of 1,000 yards (half a nautical mile, or just under a kilometer) is within range to use most of its potential armaments.  The Fencer has a 23mm cannon mounted under the fuselage as well, for a standard ground-attack shoot-down capability.  (The location of the gun makes it inappropriate for anti-air combat.)

The Russians were wise to send the aircraft out unarmed.  Donald Cook’s air defense systems would make short work of a Fencer, if it looked like it actually meant to attack.  That said, the flight profile described is provocative, and – unless it’s meant to ratchet up tensions and create instability – unprofessional.

The other inaccurate detail from the story is a nitpick, perhaps, but it does matter to Donald Cook’s overall capabilities, and her mission in the Black Sea.  Donald Cook is a Flight II Arleigh Burke destroyer, meaning that she does not embark helicopters for extended periods.  She has no hangar or comprehensive maintenance capabilities.  She has a helo deck, and can recover and deploy helos for combat missions, as long as they are being stored and maintained elsewhere.

The way to ensure Donald Cook has helo support available in the Black Sea is to put a helicopter detachment ashore with one of our NATO allies (presumably Romania, in this case, although I don’t know for sure that that’s being done).  If Donald Cook’s mission there is a general maritime presence mission, doing “destroyer stuff” – think “sheriff of the seas” – then it would make particular sense to ensure she has a helo capability on-call.

She could combine multiple missions, however.  And the reason this may matter is that Donald Cook is the first of our permanently forward-stationed ballistic missile defense (BMD) warships, which we’ve been planning to put in the European theater as part of the Obama “substitute” for the Bush 43 missile defense plan.

Obama cancelled the Bush plan in 2009, and changed the scope and purpose of the overarching missile defense mission in his revision.  Instead of defending both Europe and the United States against missiles launched from South Asia, Obama’s plan defends only Europe, at least until 2018 and probably until well after.  (There is no concrete schedule for deploying a defense capability against ICBMs launched on this axis.)

Going on the assumption that Iran is the only source of a medium-range missile threat, the Obama plan stations BMD-enhanced Aegis warships in Europe, to rotate through routine patrol positions in the Black Sea and Mediterranean.  Four Arleigh Burke destroyers (see Stars and Stripes link) are destined to be permanently stationed in Rota, Spain to conduct most of these patrols.

BMD is a wholly defensive mission.  But Russia has always insisted on interpreting it as a means of improving the U.S. posture for offensive attack.  This is a key philosophical difference between our two nations.  Americans recognize viscerally that we want missile defense to protect our people – not to make our military invulnerable so that it’s more feasible to attack Russia.  But Russia’s leadership has almost invariably refused to accept the American evaluation of our purpose.  (There was a brief window of potential, if never realized, agreement on principle during the early Yeltsin years.)

It would require a whole separate post to argue the ins and outs of this point.  For now, what matters is that Russia officially interprets our actions in this way.  The party line taken in this Russia Today report, when Donald Cook entered the Black Sea a few days ago, is typical.  The Russians see our destroyers in the Black Sea fairly often; what they’re reacting to is the presence of Donald Cook, the inaugural token of the dedicated BMD mission, to which they strenuously object.

The timing, of course, makes it possible for the Russians to argue that the U.S. is not just following a long-planned deployment schedule, but is ratcheting up our NATO defense profile as part of a plan to have a military face-off with Russia.  The point isn’t whether they’re right or wrong about that (all kinds of arguments can be made about Obama’s vacillating demeanor as a geopolitical leader, NATO’s general passivity at this moment, and so forth).  The point is that a ship with a special mission has actually moved into the Black Sea, and Russia can point to that, and has every intention to.

Why go through the drill of this analysis?  Because Russia, seeing the “correlation of forces” and its meaning differently from the way we do, is likely to see escalation where we don’t, or exploit pretexts that we don’t agree are there.  That doesn’t mean we should pull back.  It does mean this whole situation is crying out for an actionable statement from the U.S. and NATO about our policy.  “Everybody back up or there will be consequences” is not a policy statement.  What we should be doing is declaring what our inviolable interests are, making our power moves (including military actions) suit those interests, and clarifying for Russia what Russia has to do to talk us down, if she’s feeling insecure.

Instead, Obama seems to be doing what I have come to call the “half-McNamara”: deploying some military force here and there, mainly according to a long pre-existing schedule, and coyly waiting to see if such moves “send a signal” that makes any sort of impression on the other team.

Robert McNamara, then secretary of defense, spent the early Vietnam War years thinking it was a brilliant plan to “send signals” with militarily useless but provocative activities.  The Obama administration has ratcheted the operational profile of this practice down somewhat, so I call it the “half-McNamara.”  (I’ve written at more length about it before, such as here and here.)  A key feature of the half-McNamara is that it’s intended to impress the folks at home, and our allies, as much as it is the other guy.  (McNamara delighted more in having “secret” activities.)  But the Obama gestures tend to be tokens, not actual changes in posture or intent.  It’s less about military or strategic logic in our choice of actions than it is about political appearance.

Again, however, what’s lacking here is not so much the military profile as the statesmanship: the cogent, actionable statement of our interests and intent.  Obama has said nothing to which the Russians have to respond.  The initiative has been, and remains, with them.

Half-McNamara is thus a pretty good characterization of what we’re doing in the Black Sea.  We’ve drawn a big response with it, in the guise of Donald Cook.  We can hope the Fencer doesn’t come back with a buddy next time, or with rockets mounted on the hardstands.  But those would be the obvious next moves.  There will be a lot on the shoulders of Donald Cook’s sailors in the coming days. 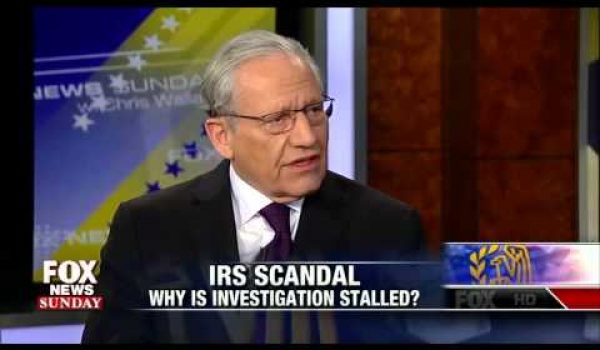 Journalist Bob Woodward on IRS scandal: ‘There’s obviously something here’
Next Post
Sorry, kids: Story about getting high on bedbugs a hoax