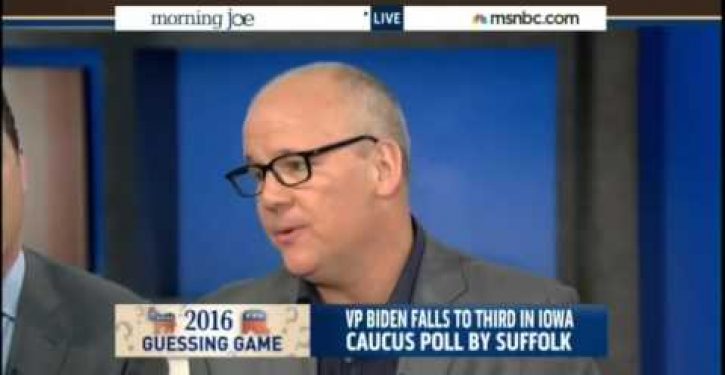 What is Hillary Clinton’s single greatest achievement as Secretary of State? That question is one that is going to be raised in the event she does decide to take another stab at the big brass ring in 2016.

In this video of a panel discussion on MSNBC’s “Morning Joe” (h/t Ace of Spades), the question is broached, first by Bill Kristol, then by host Joe Scarborough himself … with hilarious results:

John Heilemann [of New York magazine], realizing he had nothing, decides he “doesn’t want to do an ad for Hillary” and they finally throw it to reliable Democrat cheerleader Chuck Todd who is able to come up with impressive feats like frequent flyer miles and something about Egypt.

The critical question that should be asked is not what Clinton did as Secretary of State but what she didn’t do. That’s a question she has already answered: “What does difference does it make?”