The IRS is “backing off its proposed rule for 501(c)(4) organizations — at least for now,” as reported at the Wall Street Journal this week.

With little fanfare, IRS Commissioner John Koskinen made the announcement which was buried in a speech he made at the National Press Club.

Koskinen also revealed that the amount of comments for the proposed rule was a “record for an IRS rulemaking comment period.”

“During the comment period, which ended in February, we received more than 150,000 comments. That’s a record for an IRS rulemaking comment period. In fact, if you take all the comments on all Treasury and IRS draft proposals over the last seven years and double that number, you come close to the number of comments we are now beginning to review and analyze. It’s going to take us a while to sort through all those comments, hold a public hearing, possibly repropose a draft regulation and get more public comments. This means that it is unlikely we will be able to complete this process before the end of the year.” [Emphasis added]

The proposed IRS rule would have shut down the free speech of conservative groups, as discussed at Liberty Unyielding.

When the rule was introduced, Kimberley A. Strassel of the Wall Street Journal wrote that the proposed rule was so important to Democrats, that they “went all in on keeping the IRS rule, even though it meant losing their own priorities” during budget negotiations. Strassel continued to say that the rule would “…shut up hundreds of groups that pose a direct threat by restricting their ability to speak freely in an election season about spending or ObamaCare or jobs.”

The battle with the IRS is far from over.

“While I was not involved in the issuance of this draft proposal, because it happened before I was confirmed as Commissioner, I believe it is extremely important to make this area of regulation as clear as possible. Not only does that help the IRS properly enforce the law, but clearer regulations will also give a better roadmap to applicants, and will help those that already have 501(c)(4) status properly administer their organizations without unnecessary fears of losing their tax-exempt status.” [Emphasis added]

Not surprisingly, Koskinen did not address 501(c)(3) or 501(c)(5)* groups, which are typically claimed by labor unions and groups like the Sierra Club and the Chamber of Commerce.

Progressive activists are desperately worried that conservatives will have more resources; and the role of the Citizen’s United ruling cannot be overstated.

As reported at Liberty Unyielding, the anger over the Citizens United ruling has nothing to do with “getting big money out of politics.”

Does the concern here over the “Citizens United” ruling seem to be about “big money in politics?”

A detailed history of the targeting of the Tea Party can be found at Tavern Keepers. 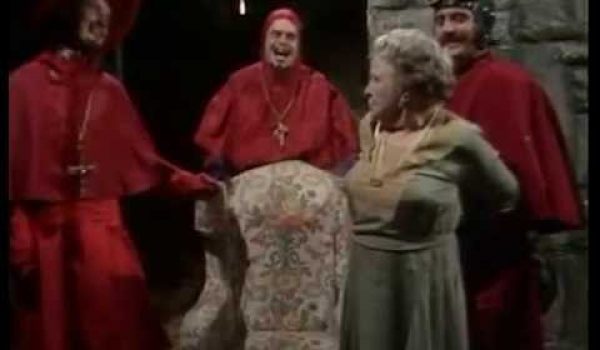 Teacher calls student ‘sassy slut’: Wait till you hear how she was disciplined
Next Post
‘The final score speaks for itself’