Financial regulations imposed after the 2008 Wall Street crash are backfiring on consumers and pose a “compliance nightmare” for lenders.

“What we have are policymakers on steroids,” U.S. Rep. Scott Garrett charged Tuesday.

“They have contempt for the public,” said the New Jersey Republican, who complained that the Federal Reserve Board has yet to provide an unredacted report of events leading up to the financial meltdown six years ago.

Lawyers from four federal agencies defended their actions, asserting that banks have bounced back under their watch and Dodd-Frank financial reforms.

U.S. Rep. Jeb Hensarling, chairman of the House Committee on Financial Services, countered that just the opposite is happening.

The regulatory regime has swung too far. It’s closing off good people trying to do legitimate transactions.

Excessive borrowing and risky investments were the problem (in 2008) — not federal regulators.

Hensarling accused federal agencies under Dodd-Frank of “engaging in de facto rulemaking without a rulemaking process.”

He charged CFPB with “abusive practices,” citing alleged targeting of third-party (payday) lenders, as well as discrimination complaints by some of its own employees.

“You’re imposing a standard for others that you are incapable of living under yourself,” he told Fuchs.

Barred from a CFPB meeting this year, Rep. Sean Duffy, R-Wis., called the agency “as secret as the CIA.”

“These meetings should be open and transparent,” he said.

Paul Gallagher, on the economic staff of Executive Intelligence Review, told this reporter that Dodd-Frank is “riddled with loopholes” that pose a grave, but little-known, threat to U.S. consumers.

“Banks are disappearing. They are being obstructed. Regulators have nothing to claim credit for,” he said.

Gallagher points to Section II of Dodd-Frank, which he says authorizes the confiscation of bonds of unsecured creditors and the seizure of uninsured deposits — as has occurred in Cyprus and Spain.

“This ‘bail-in’ will make the [2008] bailouts look orderly by comparison,” he warned. Disputing the regulators’ claim of a rejuvenated banking system, Gallagher reported, “The rate at which U.S. banks are disappearing is high and accelerating” through acquisitions.

“We’ve seen the number of banks decline from 8,200 to 6,900” in less than a decade, as larger financial institutions get even bigger.

John Allison, former chairman and CEO of BB&T Bank, says neither Dodd-Frank nor heavy-handed regulators have altered the “too big to fail” philosophy that triggered multibillion-dollar taxpayer bailouts by the Bush and Obama administrations.

“The most significant damage is the belief that additional regulations are necessary,” Allison wrote in his 2013 book, “The Financial Crisis and the Free Market Cure.”

Calling the U.S. banking industry “grossly misregulated,” the president and CEO of the libertarian Cato Institute said bureaucrats’ incentives “are political, not economic.”

Ironically, it will also increase risk, as unregulated firms headquartered in foreign locations will have a larger market share.

Tweet of the Day: ‘Sebelius is resigning because Obamacare has won’
Next Post
Video: Hillary Clinton’s greatest achievement? Duh! 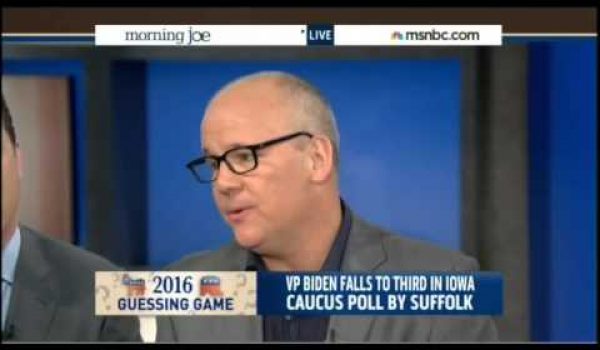