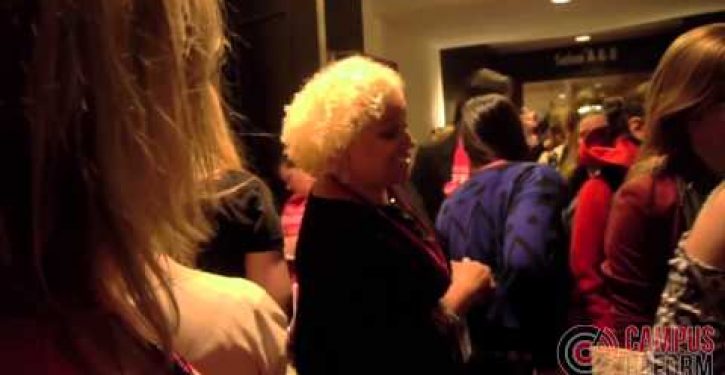 Despite the official Facebook site for the National Young Feminist Leadership Conference (NYFLC) promising their annual conference would be an event where “Everyone is welcome!” without qualification, one of the reporters for the right-of-center Campus Reform discovered she was far from welcome.

The NYFLC  Facebook page “welcome” was extended to “folks from all regions, origins, genders, and backgrounds. The only thing we ask is that you wear the title of ‘feminist’ with pride!”

Covering the March 29-31 NYFL Conference held in the über-upscale DoubleTree by Hilton in Crystal City, VA, Katherine Timpf was at least initially successful in gleaning opinions from various attendees on their take on feminism.

Caught on video repeatedly as Timpf attempted interviews, both conference officials and attendees were overtly hostile to the diminutive blonde because of her employer.  Organizers tailed Timpf and her videographer as so to warn those being interviews that the “conservative media” was in the room.

As one of the interviewees was notified that Timpf was employed by Campus Reform, the individual flatly stated, “You guys aren’t wanted here.”

One of the more telling back-and-forths caught on camera was when an organizer prompted an attendee not to speak to Timpf due to her being conservative, Timpf responded:  “You’re just assuming that based on where I work.””Yeah, we are,” the organizer informed her.

“I thought this was supposed to be an inclusive thing. Why am I being excluded because of where I work?” Timpf asked another organizer.

“Because the place that you work is not inclusive,” the organizer retorted.

Timpf fired back, “You don’t know that. You don’t know anything about me or my personal beliefs. I’m just being labeled and excluded based on a label.”

We strive to make the National Young Feminist Leadership Conference a safe space for feminists of various backgrounds. We will not tolerate, allow, or encourage behavior which makes folks feel uncomfortable, threatened, or demoralized.

Staff are available at the conference should you run into any sticky situations, and all of our workshops and panels will be structured around inclusivity and with a focus on representing various perspectives and experiences. 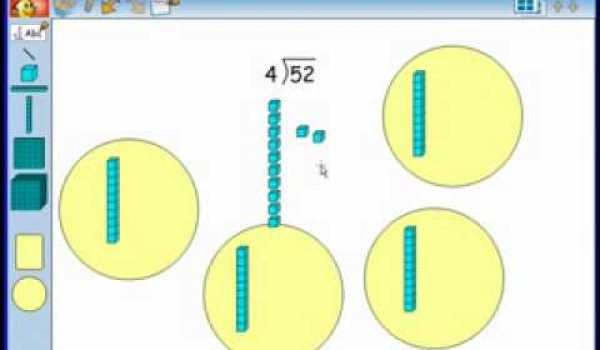 A Common Core lesson in simple division
Next Post
Cartoon of the Day: Sham now