Last October, LU staff reported that Obamacare exchanges offered visitors an option to register to vote. Brian Cook, a spokesman for Medicare and Medicaid Services, was quoted as saying the exchanges were required to include that option under the 1993 National Voter Registration Act (NVRA).

But does that law also empower the exchanges to automatically register enrollees and, if so, as Democrats? That’s what happened to a La Mesa, Calif., couple. ABC News 10 reports that the couple, who asked not to be identified, received an envelope from Covered California, the state’s Obamacare exchange. Inside was a registration card pre-marked with an “x” in the box next to Democratic Party.

I’m an old guy and I never would have noticed it, except I have an accountant that notices every dot and dash on a piece of paper as a wife.

Covered California began mailing out voter registration cards to all enrollees last week after being threatened with a lawsuit by the League of Women Voters, Young Invincibles, other pro-Obamacare voting rights groups, and the ACLU. Their argument, presented in a 6-page letter mailed to Debra Bowen, the California Secretary of State, noted an “obligation on the part of public assistance agencies to provide voter registration services.” Their petition, which cited Section 7 of the NVRA, was based rather loosely on that provision, which reads:

Section 7 of the Act requires states to offer voter registration opportunities at all offices that provide public assistance and all offices that provide state-funded programs primarily engaged in providing services to persons with disabilities. Each applicant for any of these services, renewal of services, or address changes must be provided with a voter registration form of a declination form as well as assistance in completing the form and forwarding the completed application to the appropriate state or local election official. [Emphasis added]

Whether a website can reasonably be called an “office” is open to debate. What is not debatable is the illegality of selecting a party affiliation for private citizens.

There are other problems, noted by the couple:

[T]here’s an awful lot of people who are going to get this that are already registered and they don’t need to. I can see that, but I can’t see putting x on the form before it’s given to me in a little bitty box that nobody’s really going to notice.

Is anybody having fun yet? 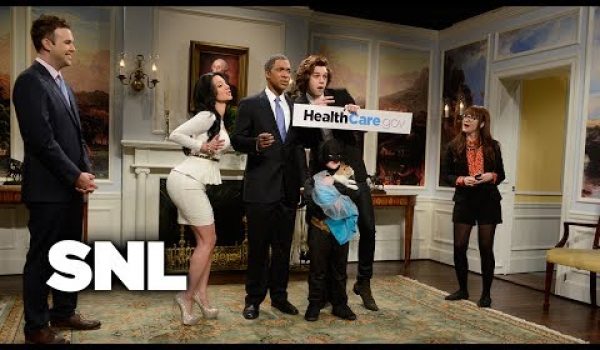