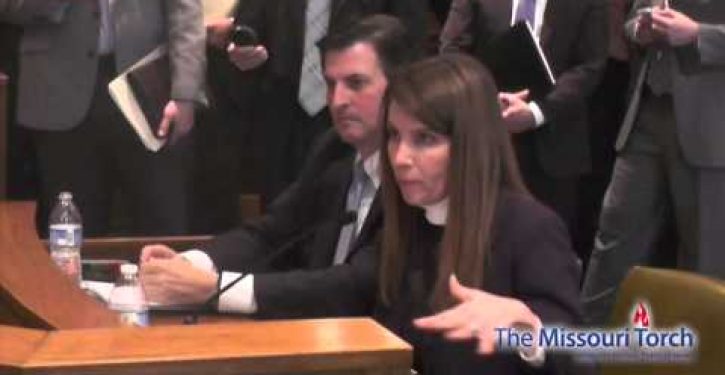 There have been many dozens of anecdotal articles written about the abomination that is the Common Core Curriculum Standards. Examples of incomprehensible math worksheets, propagandistic social studies lessons, and even messianic tributes to Barack Obama passed off in the name of English literature abound.

Although there has been relatively little coverage of the reaction of teachers who have been saddled with this mess, these stories are beginning to surface. This morning, Connecticut station WFSB reported that some fifty public school teachers in the town of Torrington phoned in sick on the day in February when they were supposed to learn about the state’s Common Core standards. The sick-out might have been a coincidence, except that on a normal dau the number of teachers who report being too ill to teach is closer to 17.

An even grimmer story is emanating from Missouri, where, according to the Missouri Torch, Susan Kimball, a kindergarten teacher of 20 years, testified on Wednesday at a Senate Education Committee hearing that she had been bullied and intimidated by administrators for speaking out against the controversial standards.

“I have been strongly discouraged from saying anything negative about Common Core by my administration and some school board members,” Kimball said, her voice shaking.

Kimball described different instances where she, and others were warned about speaking out.

“In a professional development meeting, um, inservice in November, and at a faculty meeting in January, we were told in my building, and I quote, ‘Be careful about what you post on Facebook, or talk about in the public regarding Common Core.  Don’t say anything negative. It could affect your job.’”

“When I turned in a personal day request to come support the rally for House Bill 1490, I was asked by my principal, ‘Do you really want that in your personnel file?’ And then I was bullied and ostracized by my administration, a few other teachers and the president of the school board. And that continues today,” Kimball said.

It is worth noting that parents also have a say in what their children learn. This “parental rights” statement comes courtesy of the Facebook page Common Crud: