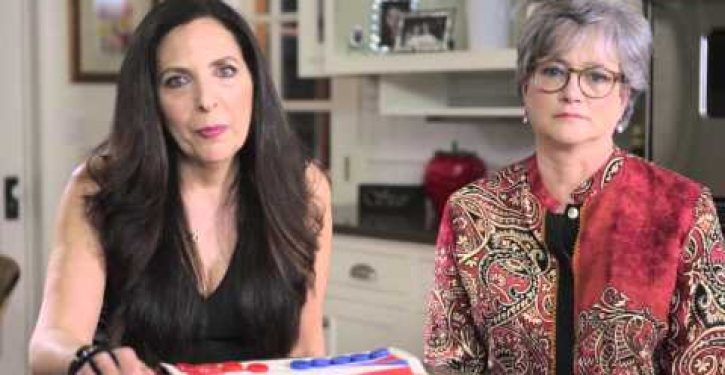 The open enrollment period for Obamacare is in the home stretch, and all of the President’s lackeys are out there hawking his agenda, from Planned Parenthood in Ohio to Chicago Sun-Times columnist Mary Mitchell, who headlines her personal appeal “Don’t take the risk young people — sign up for Obama’s health care plan.”

Obama himself has been on a whirlwind tour the last couple of months, trying to close the deal with young people who still hold the key to the future success or continuing failure of Obamacare. If he can’t persuade at least 40% of Millennials to pay above-market prices for health insurance through one of his exchanges, all is lost.

So desperate have the administration and its supporters become that a nonprofit D.C.-based group named Young Invincibles launched a sweepstakes last weekend with chance at a cash prize of $1,200 to young adults who signed up.

The phrase that forms the name of that organization has been exploited in one form of another by Team Obama since the badly blown rollout of Healthcare.gov (which was the first indication that this administration, for all its vaunted youthful appeal, doesn’t get young people). The catch phrase “Young people feel invincible” was featured in a video released last week in which celebrity moms beseeched 19- to 29-year-olds everywhere to “get covered.” One of the celeb mothers was “first mother” Michelle Obama, who appears at the end to remind young viewers that “we nag you because we love you.” It was a refreshing change from her pitch last month that “young people” need Obamacare because they are “knuckleheads.”

To listen to these FOB (friends of Obama) tell it, no one past high-school age carries health insurance. Here’s a sample of Mitchell’s column, which ran yesterday:

Barring an extension from President Barack Obama’s administration, March 31 is the deadline to get health insurance.

Those who can afford to get health insurance but don’t get coverage may face a fine.

Because Obamacare has been in the firm grip of partisan politics since its inception, it’s not surprising that foes of the health care reform are boasting they would rather pay the fine.

That sounds like a good way to show your dislike for the health care reform law — until something goes awry.

After all, there’s only so much one can do to guard against a debilitating disease or life-altering accident. [Emphasis added]

So how underinsured is the Millennial segment of our nation’s population? For an answer, check out this chart from the U.S. Census Bureau.

The general point is that Millennials are underinsured to the tune of around 30%. Statistics provided by the Henry J. Kaiser Foundation reveal that 21% of the population ages 19 through 64 are uninsured. The pitch from the administration and its adherents seems to suggest a much wider disparity in coverage.

New Jersey man to State Assembly on gun control: ‘I will not comply’
Next Post
Obama unveils (yawn!) his 2014 NCAA bracket