In a video posted Tuesday at Sipsey Street Irregulars, Anthony P. Colandro of New Jersey Gun for Hire told a State Assembly committee that he, along with many others, will not comply with a gun control bill working its way to Chris Christie’s desk.

He told lawmakers the bill being considered will turn a million gun owners into criminals with the stroke of a pen.

“Have you guys seen what is happening in Connecticut right now?” he asked.  “One million gun owners in New Jersey are also gonna say, like our brothers and sisters in the north, that we will not comply.”

“And I can tell you here and now, I will not comply,” he added.

Nine-year-old Shyanne Roberts, a highly skilled competitive shooter, compared the proposal to students who cause an entire class to get in trouble.

“Because of them we lost recess time every day for two weeks, even though the rest of us did nothing wrong,” she said. “That is simply not fair or just … punishing the people who didn’t do anything wrong is not how you stop bad people.”

“I have worked and trained very hard to get to the level I am at, and if A2006 becomes law, I will be forced to choose between giving up on a very bright and promising future in a sport that I love, or asking my dad if we can move to another state,” she told lawmakers.

The bill being considered bans magazines that hold more than 10 rounds, and, the Washington Times added, would classify .22-caliber tube-fed youth rifles as “assault firearms.”

The bill passed the committee on party lines and is expected to receive a vote in the Assembly on Thursday.

Scott Bach, executive director of the Association of New Jersey Rifle & Pistol Clubs, said Democrats are using the measure as a political tool against Gov. Christie.

“They want to put Gov. Christie in a corner if he runs for president and keep the negative headlines coming,” he told Emily Miller. “Democrats are intent on delivering this legislation to the governor’s desk, but New Jersey gun owners are tenacious and resisting with everything they’ve got.”

The state Senate is expected to hold a hearing on Monday, with a possible vote as early as March 27.

“We don’t know,” Bach said. “Last year’s vetoes show that he knows the difference between feel-good proposals that do nothing and laws that actually get the bad guys, so we are hopeful that he will continue to make that distinction.”

“But,” Miller added, “the gun ban is not just about New Jersey.”

It’s also about Christie’s potential presidential run in 2016, she explained.

“So as soon as next week, Mr. Christie may be facing a decision between showing Americans whether he will defend the Second Amendment or cower to emotional pleas from the radicals running New Jersey,” she said.  “The voters are watching.”

The committee also passed a measure that would let drivers transporting guns make “reasonable” deviations to purchase fuel, use a restroom, and contend with an emergency situation.

“They’re trying to throw us a crumb and they can’t even get that right,” Bach said.

Note: Joe will discuss this and other Second Amendment-related news at 4 p.m. Pacific here. 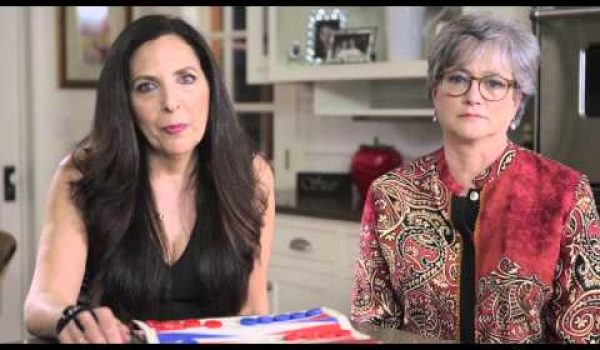