Earlier in March, a shadowy oil tanker, suddenly bearing the name Morning Glory, showed up in Es-Sider, Libya with a plan to load oil from terminals held by Libyan rebels.

Back in January, forces of the Libyan government fired on a tanker as it attempted to enter the rebel-held port, reportedly to load another cargo of oil.  The tanker, Baku, was flagged in Malta, and the Maltese government stated afterward that it had intervened with Libyan authorities to get the Libyan navy to stand down, and allow the tanker to depart the area.  The ship’s owner, Turkish firm Palmali, announced that the ship had been ordered not to put in to Es-Sider once the owner was notified that the port was not authorized for the loading of National Oil Company oil.  That tale thus ended with a round of minor finger-pointing.

In this latest attempt, the tanker actually loaded a cargo of rebel-held oil, and was able to depart Es-Sider in spite of pursuit from the Libyan navy.  After the harrowing stand-off between the two on 10 March, the Morning Glory was thought to have possibly entered Egyptian waters. Libya’s parliament reacted promptly, sacking the prime minister in a vote of no confidence on 11 March.  The prime minister fled the country.

But now it turns out the Libyan government also dialed 1-800-USA.  The Morning Glory was apparently headed for Cyprus, and the Libyan and Cypriot governments both asked for assistance from the United States in seizing the ship and her cargo.  Early on Monday, a team of Navy SEALs, operating from the destroyer USS Roosevelt (DDG-80), boarded Morning Glory and seized control of her near Cyprus.

Stars and Stripes adds a detail to the Morning Glory’s saga:  that she was “hijacked” by armed Libyans, three of whom were detained in the SEALs’ raid.  It’s not clear at this point exactly what happened, but we do know that on 28 February, the ship’s name was Gulf Glory (not Morning Glory), and she was reflected as owned by FAL Shipping Company Ltd of the UAE, and registered (flagged) by North Korea.  On 4 March, when she first approached Es-Sider, her name had suddenly become Morning Glory.  (The tanker didn’t make it to Es-Sider on the first attempt.  She had to pull back and wait for a better opportunity, which she found on Saturday, 8 March.)

The status of her ownership is unknown at the moment, but North Korea did repudiate the ship last week, stating that her registry had been terminated.  Morning Glory was thus a stateless vessel, and could be subject to seizure.  The reference to “hijacking,” apparently coming from U.S. defense sources, suggests a ship that was on legitimate business being taken over by pirates and used for their purposes.

But there is reason to suspect it’s not quite that simple.  To begin with, FAL Shipping is a subsidiary of the FAL Group, a family-owned UAE company that has had all kinds of trouble – both financial and with the law – over the last several years.  A Reuters report from March 2013 put it this way:

[A preceding summary represents] just some of the many bitter courtroom battles being waged by FAL Oil, once a pillar of business here in the UAE. Many of the details have not been made public until now; the colorful claims and counterclaims include allegations of missing oil, disappearing ships and clandestine trips to Iran. Last year, the U.S. State Department sanctioned FAL Oil for allegedly selling petroleum products to Iran in 2010, something the firm denies but has not challenged legally.

Reportedly, FAL was suspected of violating sanctions on Iran going both directions: enabling Iran to export oil as well as selling petroleum products to Iran.  The “disappearing ships” problem may or may not have been corrected: industry media still show FAL Shipping with eight tankers on its books – down from the dozens it once owned – but much of the FAL Group has been dismantled and exists now only as a shell, so the operational status of the ships still formally owned by FAL Shipping may be questionable.

According to North Korea, which flagged the ship sometime in February, Morning Glory (again, Gulf Glory up until 28 February) was being operated by an Egyptian-based company.  It would be very common for that to occur while the ship remained under the ownership of FAL Shipping.  But with everything going on with this ship, we are justified in suspecting that the intentions surrounding Morning Glory’s incident were dishonest across the board.

And that probably helps explain the reporting from sources in Cyprus this morning that two unidentified Israelis, along with a Senegalese, were detained in Cyprus briefly for questioning over the weekend, apparently because they wanted to buy Morning Glory’s cargo.  Although they had clearly and openly demonstrated an interest in buying the contraband cargo, Cyprus let them go and they flew back to Israel:

Meanwhile, two Israelis and a Senegalese national were briefly detained in Cyprus on suspicion of negotiating to buy crude from the tanker, it was reported on Monday.

The three people were detained in the coastal city of Larnaca on Saturday, but a local court declined to issue arrest warrants as authorities in Cyprus had no evidence that the alleged offence was committed within its territorial waters.

Local media said the three flew to Larnaca on a private jet late on Friday, hired a boat from the marina and went out to the tanker to negotiate with the crew. Police monitored their movements and the boat was intercepted once they were back in Cypriot waters. The trio flew to Tel Aviv on Sunday night.

This tells me the Israelis were agents of the Israeli government.  (They presumably had no interest in the oil, but wanted to figure out if the suspect vessel was carrying something else.)

The longer the eastern provinces of Libya remain in rebel hands, and the status of the oil in question, the more such attempts we are likely to see.  The situation is especially ripe for a smuggling network to develop between Libyan and other nearby territorial waters.  If the Libyan tribal militias haven’t figured out yet that they just need to use smaller ships and move smaller quantities of oil at a time – and cut some key foreign nationals in on the traffic – they soon will.  As inconvenient as this method is, Saddam found it profitable for more than a decade (between 1991 and 2003), and a lot of Iranians, Emiratis, and Omanis made a buck off of it too.

Israel will have to take an interest in a smuggling network from Libya to other Mediterranean nations, of course; e.g., Egypt and Malta.  Other contraband besides oil would quickly enter the pipeline.  Fortunately, the Egyptian government would also recognize it as a domestic threat, and would labor to suppress it.  But suppressing it completely might not be possible.

It’s been more than 150 years since piracy and smuggling were a major maritime problem in the Mediterranean.  The nations of southern Europe, along with the economic powerhouses of the Eastern Med – Israel and Turkey – will be taking notice, and increasing their defensive uneasiness.  Commercial shippers will as well.

Of course, the alternative exists of the U.S. and our NATO allies helping to consolidate Libya under the central rule of a stabilizing, Western-friendly government.  But you have to lead from the front to do stuff like that. 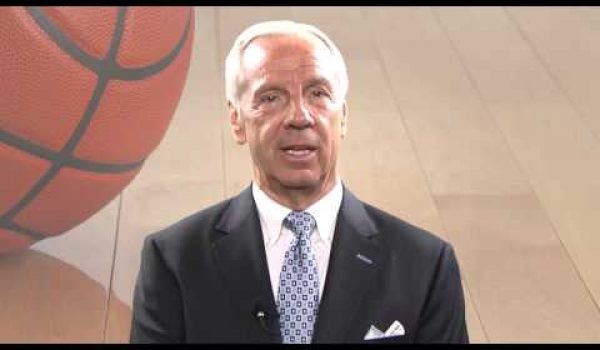