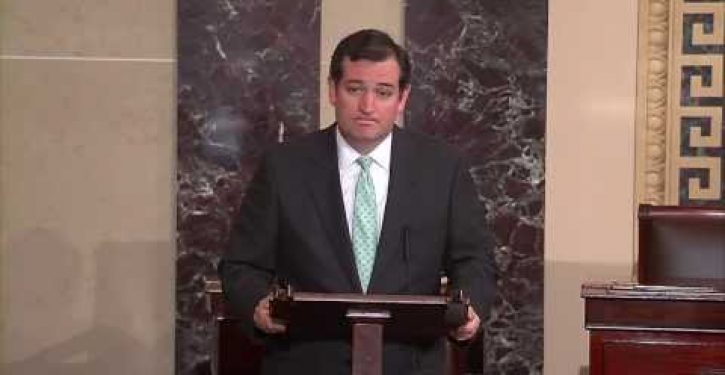 Some are painting Debo Adegbile, President Obama’s choice to be the new assistant U.S. attorney general for civil rights, as a modern day Atticus Finch of “To Kill a Mockingbird,” who defended a black man wrongly accused of raping a white woman.

Of course, the entire argument is based on a false premise, which is that opposition to Adegbile, former Associate Director of Litigation, NAACP,  is due to his representation of an unpopular client (Mumia Abu-Jamal), which has nothing to do with anything.

“The history of American justice is filled with lawyers who took on unpopular clients in the name of the rule of law.”

Opposition was not due to Adegbile “going against popular opinion,” but his blatant political advocacy of an already-convicted killer.

Predictably, some supporters also say that Debo Adegbile was also not confirmed due to racism.

Senate Majority Leader Harry Reid “lashed out at Republicans in thinly veiled accusations of racism,” as reported by Stephen Dinan of the Washington Times.

“The unstated reason for why they blocked Adegbile’s nomination…has to do with a conservative agenda that seeks to strip enforcement powers away from our civil rights legal protections.”

Tweeted by the Soros-funded Advancement Project, of course:

Mumia Abu Jamal himself, who has quite a large platform, said that those who rejected the confirmation “soiled their own Constitution…”

Abu-Jamal was a member of the Black Panther Party and an activist journalist working as a cab driver at the time of the shooting. Hospital security guard Priscilla Durham and police officer Garry Bell testified during the trial that Abu-Jamal confessed in the hospital by saying, “I shot the motherf**ker, and I hope the motherf**ker dies.”

As reported by Peter Roff at US News,

“His conviction has been appealed repeatedly and his sentence commuted to life imprisonment without the possibility of parole after the federal courts determined the jury in the original case had been improperly instructed.”

The timeline of the appeals:

The real reason for opposition to Debo Adegbile

In a must-read OpEd for the Wall Street Journal Senator Pat Toomey and District Attorney of the city of Philadelphia Rufus Seth Williams wrote in part,

“Let there be no mistake. Our concern is not based on the fact that Mr. Adegbile acted as an attorney for a criminal defendant. The right to counsel is a fundamental part of America’s criminal justice system, and no lawyer should be faulted for the crimes of his clients. But it is one thing to provide legal representation and quite another to seize on a case and turn it into a political platform from which to launch an extreme attack on the justice system.”

Stating the crux of their objection, Toomey and Williams write,

As reported by Michael Smerconish for the Daily Beast, Joe McGill, the prosecutor in the original 1982 trial said of the repeated appeals and activism on behalf of Mumia Abu-Jamal ,

“Yes, I understand the right for defense to fight to the last possible moment when you have such a serious sentence. I understand that and that’s the way it should be. However, this case is absolutely definite in its facts, in its evidence, and in the decision of the jury.”

Earlier this month, Senator Ted Cruz spoke against the nomination of Debo Adegbile, whose support of Mumia Abu-Jamal, he said, was “pure advocacy.” President Obama denounced the Senate defeat of Debo Adegbile, calling it “a travesty.”