As predicted, Vladimir Putin has established a foothold in Ukraine, and now he has to be negotiated with.  He’s in no hurry to start negotiating at this point, because circumstances haven’t lined up sufficiently in his favor yet.  He’s in a position he can’t be dislodged from, so he can afford to wait.

Understand this: the West – the U.S., the EU – and the Maidan Ukrainians want a “resolution” to the current situation more than Putin does.  Putin is counting on that.  It means his negotiating opponents will make concessions first, just to get him to the bargaining table.  He won’t wait in idleness; he’ll be consolidating his position and systematically cutting off Kiev’s options, to the extent he can.  But he can afford a waiting period, and we shouldn’t be surprised to see one.

He won’t want to lose the initiative.  But nothing the West has done so far puts his initiative in jeopardy.

The movements of U.S. military forces have the same Delphic character they have always had under Obama.  Some of them are previously scheduled, as the DOD spokesmen say they are.  Team Obama has long had a penchant for continuing quietly with previously scheduled military activities, and letting them be interpreted by the media as more (or less) than that, according to the temper of the moment.  (See here and here, for starters.)  This doesn’t fool anyone except the American public, and is not an effective substitute for clear statements of U.S. national interests and policy.  That said, in the present case, it’s no worse than it has been in other cases to do things this way, and on some counts perhaps not as bad.

USS Truxtun (DDG-103), an Arleigh Burke destroyer, is on the way from a port visit in Crete to the Black Sea, where she will conduct scheduled exercises with the navies of NATO allies Romania and Bulgaria.  The first thing Truxtun will do is head into port in Constanta, Romania, where she is due on 8 March.

Non-riparian warships can remain for only 21 days at a time.  Although Taylor has been in the Black Sea since 5 February (now 29 days), she has been incapacitated for most of that time.  I expect her to proceed directly to the Turkish Straits for departure when she does get underway from Samsun.  Truxtun’s 21 days would end on 28-29 March, based on her likely time of passage.

Assuming Truxtun is, in fact, heading for a previously scheduled NATO exercise, going ahead with it is certainly the right thing to do.  It’s a signal of political solidarity, however; not more.  A lone destroyer can’t send a signal of tactical dominance in the Black Sea, where Russia is the dominant power, and NATO ally Turkey, with a substantial and modern navy, the anchor of NATO presence.  We haven’t sent Truxtun into the Black Sea to “try anything.”  (She can, of course, expect to enjoy the hospitality of Russian reconnaissance aircraft, and probably a series of patrol ship “shadows,” whenever she is underway.)

Further north, as many readers are no doubt aware, the U.S. Air Force has been manning a NATO air patrol position in the Baltic Republic of Lithuania.  The detachment there is normally fewer than six fighters, along with a contingent of airmen.  The U.S. is beefing that detachment up with an additional six F-15Cs and 60 airmen from the 48th Air Expeditionary Group at RAF Lakenheath in the UK.  NATO air forces rotate through this assignment; the U.S. aircraft are due to rotate out in early May.

In Poland, there is already a small contingent of Air Force personnel, and a schedule for periodic rotation of U.S. aircraft through a base in central Poland, for joint training with the Polish air force.  At Poland’s request, a detachment of twelve F-16Cs is reportedly being sent there next week for training, although the original schedule had the next rotation limited to C-130 transport aircraft, which were not to deploy until April (see Stars and Stripes link above).  The F-16 rotation will involve 300 airmen.*

There are natural ending points to the movements of Truxtun and the F-15Cs headed to Lithuania: pre-appointed times at which no special political signal will be sent by their departures.  The F-16s going to Poland could be a different story.  Unless they are to be kept there and become the de facto core of a change in the U.S. posture in Europe, the expeditious approach will be to withdraw them promptly after a normal amount of time for such training rotations – regardless of what Poland wants.

That said, they may become, through Polish appeal, diplomatic triangulation, and usage, the catalyst for a slowly recalibrated posture.  The model for thinking about this is probably closest to the model on which the U.S. posture in the Persian Gulf changed, from 1980 to the early 1990s.  On the Gulf side of the Middle East, the U.S. posture in that period was driven to change by a series of reactions to provocations in the region, rather than by the premeditated strategy of a core U.S. alliance.

For the foreseeable future, America will be in that kind of reactionary mode vis-a-vis Russia in Southeastern Europe.  Here’s the thing to keep in mind.  There are good recommendations being made about what to do in the current case.  And Obama is doing some things that are good, such as making shows of NATO solidarity, supporting Poland’s request, and proposing to provide economic support for the government in Kiev.  But none of these measures “works” by itself, as if Russian will is a mechanism on which abstract forces can be set to operate according to impersonal rules.  There is no mechanistic, schoolbook solution to this one.  Everything depends on the initiative and credibility the U.S. and EU can muster.

So far, we haven’t mustered any.  The West is still scrambling, only vaguely aware that what we face, with Russia and Ukraine, is an open, untreated sore: something like the Saddam years in the Persian Gulf – an endlessly unresolved “crisis,” with sanctions and work-arounds – but this time on Europe’s doorstep. Putin’s gambit in Ukraine changes the course of our future.  We can take the initiative and decide what we want from here, or we can wait for Putin to decide what we’ll have to react to.

Only if we can outline for ourselves a positive goal will we give Russia something to respond to.  Merely wanting to revert to the status quo is insufficient to resolve this situation favorably.  However, it is clear that the Atlantic West is not going to take initiative and form positive goals.  There is no point in repining over that; we will need our strength for other things.  But we must not deceive ourselves about the efficacy of a passive, reactive approach either.

* It’s worth noting that the F-16 bullpen is very thin right now, after the extreme loss of training hours in 2013, from which the Air Force and Navy strike-fighters have yet to recover.  F-16Cs from Aviano Air Base in Italy may be the ones heading for Poland next week, which would represent a mere shift in where the aircraft are in theater, rather than an actual augmentation of the U.S. force posture.  If they are coming from the States, they may be from the 55th Fighter Squadron (Shaw AFB, South Carolina), which according to an Air Force projection from early 2013 would be one of only three non-deployed or –deploying fighter squadrons to retain full combat readiness under the ongoing budget constraints. 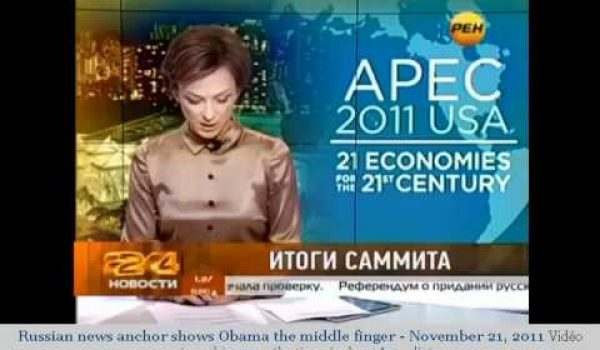