“That’s one small step for dessert…”

In a story that sounds so much like a report from “The Onion,” that it’s almost hard to believe otherwise, Reuters notes somewhat triumphally that “Sicilian amateur scientists have launched a model cannolo, a cream-stuffed pastry roll symbolic of the Italian island, into the stratosphere, capturing bizarre images of the dessert flying far above the earth.”

Considering the Sicilian Space Program’s budget — 350 euros (about $481) — this is a most impressive feat.

Attached to a large helium-filled balloon, a home-made spacecraft called the ‘Cannolo Transporter’ equipped with two cameras and a GPS tracker, captured stunning and comical images as the cannolo soared above the clouds towards space.

It rose to at least 29,768 meters according to Paolo Capasso, 37, a computer technician responsible for the careful calculations behind the launch on February 2.

Sicily has always been a place of negative connotations, mafia and unemployment. We wanted to lift up Sicily in our own way.

Not to be outdone by its Italian cousins, the Obama administration announced this morning that it is sending its own pastry — a chocolate eclair — into orbit. The program will cost $782 billion. The White House will be notifying the Sicilian Space Program of its intentions in a message written in broken Italian using Google Translate.

Dems defend video of them ogling young girls — we were teaching how to flirt
Next Post
To hype global warming, MSNBC ‘s Joy Reid ignores her own definition of ‘climate ‘ 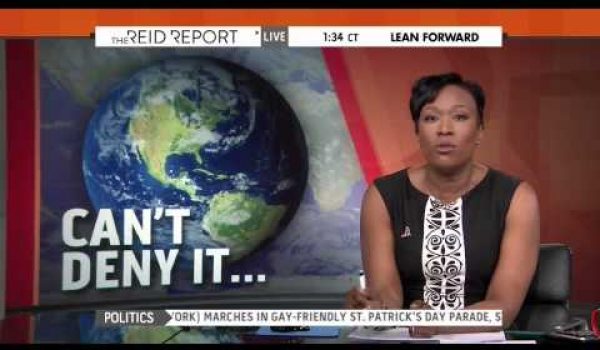