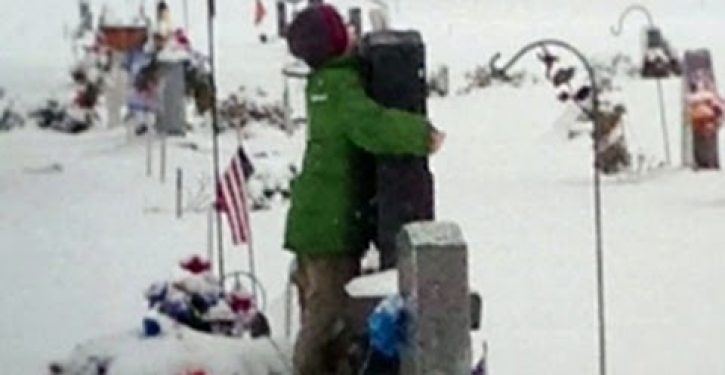 When 8-year-old Myles Eckert arrived with his family at a Cracker Barrel restaurant in Toledo, he was excited. He had just found a $20 bill lying in the snow in the parking lot. Myles’s first thought was to buy a video game. But when he entered the restaurant and spied Army Lt. Col. Frank Dailey seated at a table with his own family, he resolved to put the money to another use.

Myles had never seen the colonel before — but he had seen the uniform. He wrote a note on a scrap of paper, wrapped the $20 in it, and handed it to the stranger. The note said:

Dear Soldier — my dad was a soldier. He’s in heaven now. I found this 20 dollars in the parking lot when we got here.

We like to pay it forward in my family. It’s your lucky day! Thank you for your service.

Myles’s dad, Army Sgt. Andy Eckert, was killed in Iraq 5 weeks after his son was born. Myles never really knew his father firsthand but came to know him through stories his mom told him and through the precious mementos he carried around. These include his dad’s dog tags and wedding ring.

And then there were the photos. Photos of his dad wearing the uniform: the same uniform the colonel had on in the Cracker Barrel that snowy February day.

As for Col. Dailey, his life was changed by the chance encounter with an exceptional boy who at 8 is well on his way to manhood. Dailey, too, has paid the gift forward and avows it is just a beginning for him.

Navy veteran to CT lawmakers: ‘I will not comply’ with gun control law
Next Post
Media bias: CBS gets Issa headline wrong