The times, they are a-changin’.  Five years ago this month, at the very dawn of the Obama Epoch, there was a flutter in the dovecote where the armchair military analysts hang out.  A rumor circulated that Russia planned to secure the use of the Yemeni island of Socotra, in the Indian Ocean, as a naval base.  The old Soviet navy had used Socotra for anchorage during its Cold War-era patrols in South Asia; in 2009, with the multinational antipiracy operation spinning up off Somalia, the Russian navy was back after an absence of nearly 20 years.

Questioned on this topic, a Russian navy spokesman was categorical: the rumor was “baseless and incorrect.”  No such intention had crossed Russian minds.  Didn’t matter how many bases or anchorage or service agreements Soviet Russia had once had abroad, in Asia, Africa, the Mediterranean, and Cuba.  Bases? Russia?  Don’t be silly.

At the time, Westerners had suddenly remembered that the Russians had an old, squidgy aircraft carrier, and still had access to a naval base in Syria.  The Admiral Kuznetsov was at the end of an exceedingly rare expedition to the Mediterranean from her Northern Fleet home port.  She had visited Syria and staggered from anchorage to anchorage in the Med, creating a minor sensation wherever she popped up (and annoying the North Atlantic Islanders on the way home by spewing oil off their coasts).

But that was really it.  The Russians didn’t know from bases abroad anymore.  Of course, a few months before, in the weeks after the U.S. election of 2008, the Russians had sent the first naval task force to the Caribbean since the end of the Cold War.  Not that there were any heroic promises about basing ships in Venezuela or Cuba, where the Russian warships made stops.  Nor was there any connection at all between this highly unusual deployment and the invasion of Georgia in August 2008.  Maybe there were just some Russian defense bureaucrats trying to spend their end-of-the-year money or something.

Fast-forward to February 2014.  It’s a new day, in 2014, and the Russians have found their bases-abroad voice.  The coy is off the ploy.  Not only will Russian officials talk explicitly about seeking bases abroad; they may bring it up themselves if the media don’t.

On Wednesday, 26 February, Defense Minister Sergei Shoigu announced that Russia is seeking military bases in foreign countries.  Namely, Vietnam, Cuba, Venezuela, Nicaragua, the Seychelles, and Singapore – but the Russians are looking in “several other countries” as well.  (H/t: Fausta’s Blog.)  Who knows, they might even be advertising on Craig’s List.

We could tick off all the things Russia has accomplished in the interim – that five years from February 2009 to February 2014.  Making a mockery of Obama’s red line on Syria (at least getting credit for it), while maintaining by far the largest and most important naval presence off Syria’s shores.  Gaining air and naval bases in an EU nation (Cyprus).  Negotiating a security cooperation agreement with a core U.S. ally (Japan).  Preparing to sign another one with America’s closest ally (the UK).  Amping up post-Soviet relations – through fraternal naval outreach – with a long-time U.S. client (Egypt) and a much longer-time U.S. ally (the Philippines).  Showing up with warships not just in Cuba and Venezuela, but in Nicaragua – and once there, pledging strategic support to the Ortega government in its maritime dispute with U.S. ally Colombia.

There’s plenty more, but this list is enough.  Here’s the point.  What matters isn’t the capabilities of the naval platforms that the Russians might deploy to their eagerly sought bases.  What matters is the change in America’s security conditions, when neighbors and allies whose posture we could once count on become nations whose posture we can’t count on.  The overtness with which Moscow is now willing to talk about getting basing rights in the Western hemisphere – and in Singapore, where the U.S. has had strong relations and a quasi-basing agreement for decades – matters much more than the Russian destroyers or patrol aircraft that might start dribbling over to Venezuela from time to time.

To find a similar level of great-power challenge to U.S. security in the Americas, we have to go back past the Cold War to the 1860s, when Napoleon’s nephew had a French army scampering around Mexico.  That was, not coincidentally, the last time the United States presented an aspect of exceptional weakness, as our civil war and its aftermath kept us divided, paralyzed, and inward-focused.  At no other time, between 1814 and today, did we exhibit a profile of such geopolitical inertia.  We ought to learn from the fact that in both cases – our civil war period and the last five years – it took very little time for the great powers of the Eastern hemisphere to start pushing their luck in our back yard.

A third principle, of course, is well known to anyone who has applied common sense to history: that a secure peace doesn’t maintain itself.  Ignore its needs, and you will lose it.  That’s what’s happening around us today. 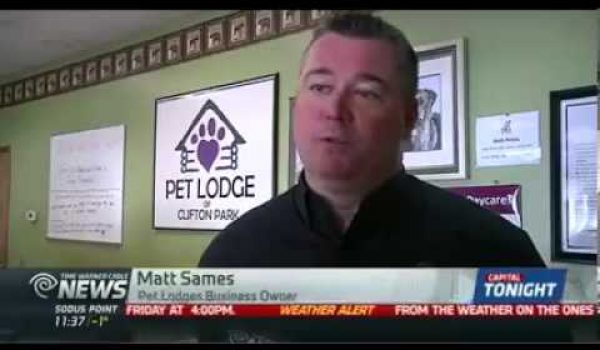