On Friday, the conservative blog Gateway Pundit encouraged visitors to participate in a poll that asks: “Are Democrats tyrants?”

The link takes visitors to a page that recalls recent moves by Democrats, including the indictment of filmmaker Dinesh D’Souza, actions against James O’Keefe, the IRS scandal and several other instances of what many say is an effort to silence conservatives.

“Are the Democrats tyrants?”

“Whom do you believe has better solutions for the nation’s problems?”

Participants are asked to enter their email addresses and zip codes.

Currently, the poll says it is new and therefore doesn’t have any results to report.

The question is a valid one, considering recent statements and actions taken by Democrats.

New York Gov. Andrew Cuomo, a Democrat, recently said those who oppose abortion and support the right to keep and bear arms “have no place” in his state.

Cuomo has backtracked from that statement somewhat, claiming that his comments were “distorted” and taken out of context.

But Cuomo is not the only Democrat to make outrageous comments.

Sen. Chuck Schumer, D-N.Y., also said the IRS should be used to shut down the Tea Party, and Sen. Maria Cantwell, R-Wash., said lawmakers would “definitely” go after the NFL’s tax-exempt status if it doesn’t pressure the Washington Redskins into changing their team name.

One conservative group responded by calling Schumer a “fascist” who opposes free speech.

Vulnerable Senate Democrats have also asked the IRS to essentially help them win their upcoming elections by targeting conservative groups.

As we recently reported at Examiner, Mike Dickinson, a Democrat looking to unseat Rep. Eric Cantor, R-Va., said the FCC should monitor and regulate Fox News.

These are just a few of the many examples one can point to, and when combined with Obama’s repeated promises to rule by executive action, are enough to present a terrifying overview of the modern Democrat Party. 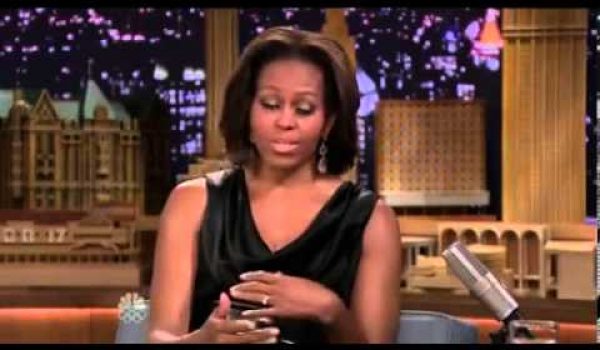 Michelle Obama: ‘Young people’ need Obamacare because they are ‘knuckleheads’
Next Post
Picture of the Day: Who’s your daddy?