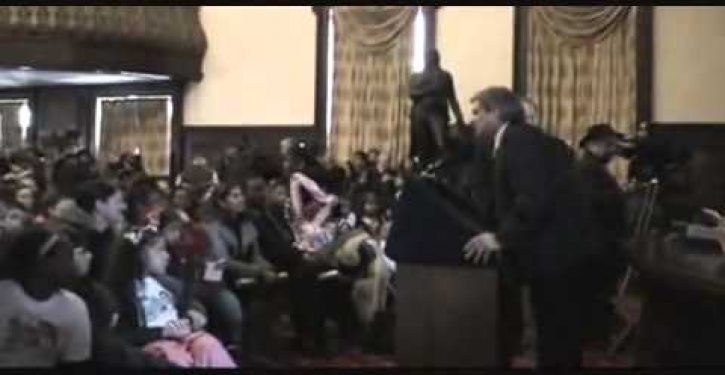 Try to imagine, if your mind will allow you to conjure up especially nightmarish thoughts, the coronation of Barack, the Twelfth. Hell, Barack, the Second should be enough to make your skin crawl.

That is the effect the phrase Obama dynasty is having on Rusty Weiss of  The Mental Recession. Weiss unearthed a 2009 video of Domenic Recchia, a then-Democratic congressional candidate from New York who “apparently got caught up in the mind-numbing rock star craze of Obamamania”:

While most Democrats across the country are trying to distance themselves from Barack Obama, it looks like Domenic Recchia is going to have a hard time doing that with a video out there of Recchia calling for a ‘Barack Obama dynasty.’ Given the problem Democrats had actually reading Obamacare before it was passed, it’s certainly understandable that the Democratic Congressional Campaign Committee would recruit someone who hasn’t read the Constitution.