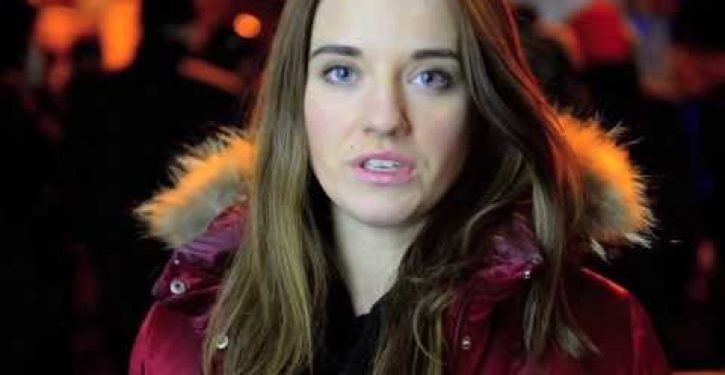 Late last night I received a powerful email from a friend who is retired from USAID (United States Aid for International Development), an agency of the State Department.

She was passing on what appears below — sent “by a friend who was part of the team I led at USAID.”

The content of the email beautifully summarizes the current violent crisis in the Ukraine and what exactly is at stake. I have withheld the name of the person who wrote the email but otherwise it appears exactly as written.

Subject: Tonight We Are All Ukrainians

People wonder about the field of democracy promotion where I have spent much of my career. Should we be involved or engaged in these far-flung corners of the world? Why should any of us care? Please watch the two, brief, video links I am including. The first shows a young Ukrainian girl who wants you to understand what she and her people are fighting for in the center of their capital city, facing soldiers, tanks, and the will of a once-democratic and now-repressive government. It is a powerful video. The second is a live-feed link to a web-cam shooting the central square (the one you saw in the earlier video which was shot a couple of days ago). As I write this, the square is on fire, it has been burning for hours, with intermittent shots and violent explosions lighting the night sky. You can hear the voices of opposition people on a loud speaker singing the national anthem, intoning prayers, calling for peace. The fires burn bright on the square, as their voices join together. Click on the link and join them in the Square, if even for a moment or two. Tonight, you will become a Ukrainian.

You cannot help but be moved by the bravery and patriotism of these people willing to face an armed and deadly government, bent on repressing freedom and its followers. They have gathered in Independence Square in Kiev, the site of an earlier revolution which established a short-lived democracy in this former-Soviet country. I have stood on that square with Ukrainian friends proud of how thousands before had stood up to their government, won a revolution and established a democracy. But democracies need time to become stable; a bad election has left Ukraine back where it started years ago–with a government that will not listen to its people. Today, they are demonstrating and pushing the current government through widespread insurrection to succumb to popular will–to be representative and to govern fairly. Instead, demonstrators have been beaten, jailed and now shot. People have fought for freedom under many guises, in many places. Tonight they are all Ukrainians.

There are reports that nine were killed on the barricades today in Kiev, scores more injured. This is not a movie set, the visual effects are real. People are fighting and dying for the right to speak their minds, to vote their consciences, to change their leaders…to live by the words of their constitution. We in the development community have helped the Ukrainian people understand what a democracy is, that they have to develop democratic institutions, and that democracy is a reciprocal relationship between those who govern and those who elect them. After years of trying to engage the government, civil society has been rebuffed and reviled by the authorities. As a result, people have again taken to the streets in a last act of desperation. Click on the links and join the rest of us who watch in horror and in awe. Tonight, we are all Ukrainians.

The other web-cam video that the writer mentions was made within the last 24 hours. It can be viewed here.

As freedom loving Americans we can agree that now, “We Are All Ukrainians!”

‘Son of God,’ the movie: Will it be next grassroots Christian blockbuster?
Next Post
The ongoing progressive battle against the ‘surplus’ population