Some people have an unhealthy obsession with population control and manipulation. Many initiatives pushed by the radical left intrusively seek to move people, limit people, or do away with pesky humans altogether, often in the innocuous  name of “environmentalism” or “family planning.”

Some of the ways to control and/or limit the population have included eugenics, control of the food supply, abortion, birth control, forced sterilization, euthanasia and urbanization. The decisions are made by the “elites” and their social experiments often end with quite devastating results.

Way back in 1798, Thomas Robert Malthus wrote An Essay on the Principle of Population which laments,

“The power of population is indefinitely greater than the power in the earth to produce subsistence for man.”

“If they would rather die…they had better do it, and decrease the surplus population.”

There is no doubt that birth control and abortion in America was heavily influenced by the eugenics movement and started as an initiative to control the population (no, it was never about “women’s liberation,” or “women’s health;” and yes, abortion advocates always knew that a life would be destroyed). Despite her many apologists, anyone who is familiar with Planned Parenthood founder Margaret Sanger knows that she was not exactly enthusiastic about certain human beings she believed were not worthy of existence.

BlackGenocide.org lays it out:

In a “Birth Control Review” issue from 1929, Walter B. Pitkin,  professor at the Columbia University School of Journalism writes in part,

“…So, let us encourage Birth Control among the college graduates, and let us speed the extermination of morons, feeble minded and insane…”

“Just consider the situation we are up against – an overpopulation problem created by capitalism, and are trying to get rid of it by substituting emigration. Socialists say quite truly that Socialism can get rid of it, and clergymen tell us that self-control can relieve it. But it cannot wait for Socialism, and people will not practice self-control.”

“As the standard of living and the multiplicity of interests increase, there is no sort of people anywhere who will not welcome the freedom and the relief from burdensome families that Birth Control affords.”

The phrase “burdensome families” is reminiscent of President Obama’s claim in 2008 – 79 years later – that he does not want to see one of his daughters “punished with a baby.”

Many of the essays involve teaching sex to the youth, also reminiscent of today. But there was not much offered in the way of “women’s health.” It is fascinating to read the essays, which have the same condescending tone and disdain for Christianity that exists within certain leftist circles today.

In fact, Sanger and her friends were involved in the American Eugenics Society, which included particularly creepy elitists, including Madison Grant, a prominent conservationist, who was not fond of black Americans or Native Americans, but was much loved by Adolph Hitler, who referred to Grant’s book on eugenics, The Passing of the Great Race, as his “bible.” Charles Matthias Goethe, one of the “founding fathers” of California State University was an influential eugenicist and a conservationist.

Speaking of conservationists, is there an underlying tone of eugenics in the environmental movement?

Of course there is. That is not to say that all environmentalists are eugenicists. But the common threads are undeniable.

“In early twentieth-century America, both eugenicists and conservationists were possessed with a sense of impending doom. They pointed to the imminent disasters that they felt the nation faced if attention were not paid to its most critical problems, what they saw as the “menace of the feebleminded” or the unfit on the one hand (eugenicists), and the wholesale degradation of the natural environment and destruction of natural resources on the other (environmentalists).”

It makes sense. If one considers human beings as being destructive to the environment, and one additionally holds the view that some human beings are better than others, it is only natural that these elitists would consider ways of culling the herd. If Adolph Hitler gave the world any gifts, it is that such thinking leads to sickening consequences.

Professor Allen stopped short of equating contemporary environmentalists with such population control initiatives. After Hitler’s misdeeds were effectively denounced, the movement has “evolved,” or has become progressively sanitized.

“Forging and maintaining a sustainable society is the critical challenge for this and all generations to come. In responding to that challenge, population will be the critical factor in determining whether or not we succeed in forging such a society.“

Nelson’s quote is prominently displayed at SUSPS, an offshoot of the Sierra Club formed in 1996 “after the Sierra Club reversed its 30-year comprehensive population policy which addressed both the impacts of fertility and mass migration on U.S. population growth.”

“While we support the Sierra Club’s current global policies designed to stabilize world population, we urge the Sierra Club to return to the roots of the environmental movement that encompass U.S. overpopulation.”

According to the group’s history page,

“SUSPS is proud of what we have accomplished to date, including the election of three Directors to the Board of Directors [of the Sierra Club], and is confident that with the help of concerned Sierra Club members, the Sierra Club will restore its previous comprehensive population stabilization approaches.”

Ben Zuckerman, former Sierra Club board member, stated during a radio show in 2012,

“There’s no question, human population has to be controlled. There’s just absolutely no way that we can live in a sustainable world with an increase in human population.”

Current Secretary of State of Wisconsin Doug La Follette was one of the founders of “Zero Population Growth (ZPG),” a group that was “founded by biologists concerned about the catastrophic impacts of ever more human beings on the biosphere.” The green movement has evolved, but the focus on population control remains.

President Obama’s current “science czar,” John Holdren, wrote an essay in 1973 saying that man was responsible for the destruction of the environment. He cited hunting and the agricultural revolution.  He blamed “the downfall of the great Mesopotamian civilization” as well as the collapse of other civilizations on their farming practices.

Holdren also lamented – in 1973 – “the urgent need to cope with unprecedented population growth” and warned “mankind is for the first time operating on a level at which global balances could hinge on our mistakes.”

Speaking of population growth, Holdren was also cited as saying,

“The fetus, given the opportunity to develop properly before birth, and given the essential early socializing experiences and sufficient nourishing food during the crucial early years after birth, will ultimately develop into a human being.”

Get that?  Babies are not human until they are “socialized,” evidently. As an aside, John Holdren was recently lambasted for moronic comments he made about the California drought.

Another prominent environmentalist, Paul Watson of Whale Wars, has said,

“…we need to introduce a license to have children in order to solve overpopulation and low birth rates in different parts of the world.”

And to leave you with Al Gore, who was quoted in 2011 by Jeff Poor of the Daily Caller as saying,

“One of the things we could do about it is to change the technologies, to put out less of this pollution, to stabilize the population, and one of the principle ways of doing that is to empower and educate girls and women…You have to have ubiquitous availability of fertility management so women can choose how many children have, the spacing of the children.”

It seems that there is a thin line separating the eugenicists of the past with those who seek to control the population today. 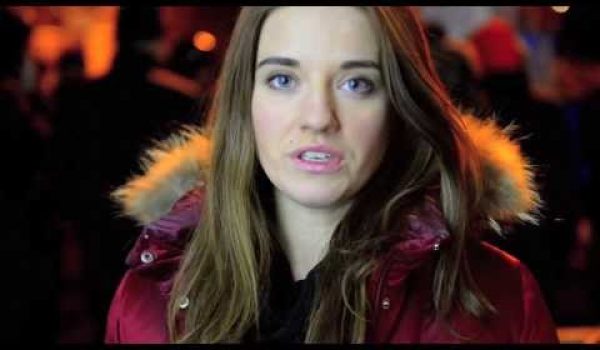