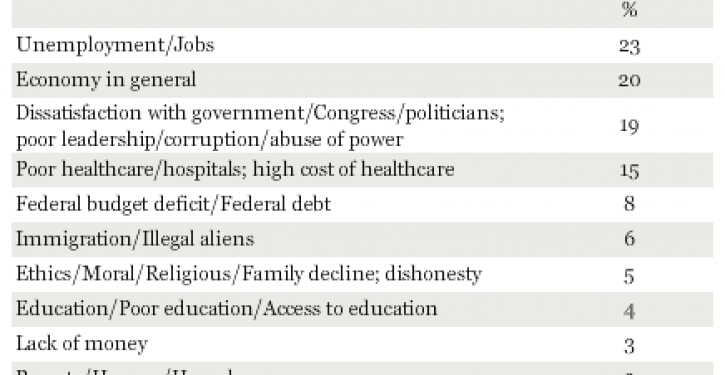 “The science is unequivocal,” Secretary of State John Kerry said in Indonesia Sunday, “and those who refuse to believe it are simply burying their heads in the sand.” He continued, “We don’t have time for a meeting anywhere of the Flat Earth Society.”

“We should not allow a tiny minority of shoddy scientists and science and extreme ideologues to compete with scientific facts.”

And how to fix the problem? Money is needed now, now now! from American taxpayers, of course, who consistently cite the economy and jobs as the biggest issues facing America. Consider a Gallup poll published Monday, which lists the “most important problems” cited by Americans.

“Nor should we allow any room for those who think that the costs associated with doing the right thing outweigh the benefits.”

But the costs to which he refers are not his own, of course. He is basically saying, “We will take what we want from the American people.”

He ranted (yes, he actually said this),

“In a sense, climate change can now be considered the world’s largest weapon of mass destruction, perhaps even, the world’s most fearsome weapon of mass destruction,” and “This city, this country, this region, is really on the front lines of climate change,” Kerry said. “It’s not an exaggeration to say that your entire way of life here is at risk.”

There is an unmistakable sense of desperation in Kerry’s tone, particularly if one listens to the entire painful speech. His vitriol aimed at so-called “deniers” is so over-the-top that it is almost comical, but considering that Kerry is representing the United States, his speech is not funny at all.

The fear mongering is reminiscent of Al Gore, who blamed the Arab Spring on climate change; or President Obama, who also called “deniers” flat earthers.

The phrase “scientific consensus” is evoked quite a bit by those who believe global warming is happening, and it is caused by men. But the phrase is decidedly unscientific. Consider the “scientific” study “Hundert Autoren gegen Einstein,” published in 1931 to object to Albert Einstein’s theory of relativity. Einstein reportedly shrugged off the critique, saying that if he were wrong, only one scientist would have been needed.

After all, isn’t it the very nature of science to be open to new theories and data? It is ironic that John Kerry and Barack Obama evoke the phrase “flat earthers” when describing skeptics, because at one time, the belief in the flatness of the earth was also “scientific consensus.”