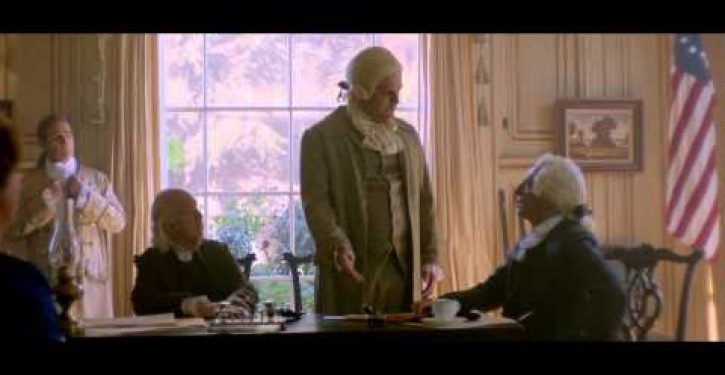 This space is often reserved for opinions. This time, however, the opinions are entirely yours.

At issue is an “ad” (more of a PSA) on gun safety. It was created by a group that calls itself Evolve and which claims to be a “third voice” in the gun debate. The group’s founders, Jon and Rebecca Bond, say they’re not against guns, just guns’ irresponsible use.

As Rebecca explains it to MSNBC:

People immediately shift to the defensive arguments that exist within the political debate. And we’ve got to be able to get above that. We cannot make it a rights conversation, a laws conversation. It really includes everyone, so there isn’t a gun owner, a gun manufacturer, in this country that should be offended by that message.

As part of Evolve’s commitment to being a third voice, the group has published a gunowner’s pledge, comprised of ten statements, the first of which is, “I believe that owning a gun is not just a right, it’s a responsibility.”

Back to the ad/PSA. It features actors in costume who are meant to be the Founding Fathers. They are discussing the language of the Second Amendment as it was being drafted. For some reason, in this alternative reality that Evolve has conjured up, Thomas Jefferson is the principal author of the Constitution — not James Madison.

Later in the piece is a lighthearted look at some of the “stupid human tricks” committed by gun owners, such as “giving a 5-year-old a loaded to play with unsupervised.”