Who would have guessed that ultra-liberal Mayor Bill de Blasio would (1) make a bone-headed decision a month into his first term and then (2) try to cover over his gaffe by claiming he received faulty information? At issue is de Blasio’s decision to keep New York City schools open on Thursday, a decision he defended at a news conference at which he said:

[S]o many families depend on their schools as a place for their kids to be during the day, a safe place, a place where they’re not only taught but get nutrition and they are safe from the elements.

But a hardship for families is precisely what de Blasio and his chancellor wrought by keeping schools open. A Nor’easter dumped a foot of snow on the city, creating hazardous travel conditions.

Once the mayor was taken to task, not just by angry parents but the teachers union(!), he did what his idol, Barack Obama, would do and shifted blame on a faulty weather forecast. The only problem is that virtually every forecast for the region predicted blizzard conditions.

Enter NBC meteorologist Al Roker, himself a parent of a child in the New York public school system, who delivered a fusillade of angry tweets:

Mr. Mayor, I could never run NYC, but I know when it’s time to keep kids home from school

How dare @NYCMayorsOffice @NYCSchools throw NWS under the school bus. Forecast was on time and on the money

But the unkindest cut of all was this tweet:

I knew this am @NYCMayorsOffice @NYCSchools would close schools. Talk about a bad prediction. Long range DiBlasio forecast: 1 term

This morning, Roker said he regretted this last tweet but maintains that the weather forecasters were not to blame. Politico reports:

“I will say, the one tweet I do regret in the heat — I’m very passionate about the weather,” Roker said on “Today” Friday. “I made a prediction that there would be only one term of his administration. I apologize for that. That was … a little below the line. But everything else, I still stand by, including the fact that the National Weather Service did forecast that on Wednesday.”

If this incident isn’t sufficient to question de Blasio’s judgment and ordering of priorities, consider that he has expressed a desire to close school for Muslim holidays — this despite the fact that Muslims make up less than 1% of the Big Apple’s population. 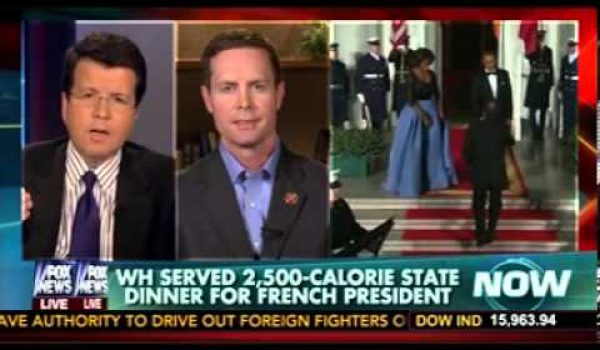