The right-of-center think tank The Brookings Institute and International Policy Council made note on Feb. 6, 2014 that during a meeting between German government officials and influential leaders of the nation’s rather large Muslim minority, the scheduled topic of gender equality quickly went off the rails when the followers of Mohammed took offense to the possibility that there just may a connection between Islam and forced marriages.

With the conference titled “Gender Equality as a Common Value,” Muslim attendees not only were unwilling to discuss the main topic of the conference. They “refused even to acknowledge that there might be any connection between Islam and forced marriage.”

Not only did the mainly ethnic Turkish Muslim conference attendees take offense at the insinuation of a connection between Islam and forced marriage, they attempted to change the scheduled agenda to the topic of “making Islam equal to Christianity” throughout the Germany Republic.

Our way or the highway …

The eighth annual German Islam Conference, held in May 2013, also ended in failure when the Central European nation’s former Interior Minister, Hans-Peter Friedrich, wanted to find ways the government could work together with moderate Muslims in Germany to combat Islamism and extremism.

The director of inter-religious dialogue at the Turkish-Islamic Union for Islamic Affairs (DITIB), Bekir Alboga, complained that former Minister Friedrich had rendered the German Islam Conference “pointless” by bringing “security policy themes too far to the fore.”

The Muslim leader went on to  state that the conference “makes no more sense in its current form. I do not see any genuine partnership.”

In a speech he delivered at the conference, Alboga accused Germany of promoting “extremism and radicalization” by not doing enough to stop “Islamophobia.”

I’m from the government and I’m here to grovel…

Widely disapproved of by conservatives on the grounds it will cause divided loyalties, liberals are formulating a plan whereby hundreds of thousands of Turks residing in Bundesrepublik Deutschland will automatically be granted German citizenship to compliment their current Turkish citizenship.

As Maizière was quoted in the Istanbul-based newspaper Hürriyet  (German translation here), elaborating on the German government’s solution to its Turkish problem:

The new government has a big plan. We want new regulations for dual citizenship. It involves people who were born and raised in Germany and have two nationalities. This directly applies to more than half a million people. Of these, there are very many whose parents are from Turkey.

Muslim officials in Germany have been quick to respond to Maizière’s pro-Islamic outreach.

As cited, leaders of various Muslim groups “have issued a list of demands that include the official recognition of Muslim holidays in Germany, as well as the installation of Muslim clerics in German hospitals, nursing homes, prisons and military units.”

Despite the Berlin government reaching out to the 3.5 million strong Muslim community, there has been anger among many Muslims regarding the governmental attempt to work with pro-Islamic organizations to curb the growth of terrorist-friendly Islamic Jihadism.

With the stated aim of converting millions of non-Muslims Germans to Islam, there has since been launched an unprecedented nationwide campaign by Islamic radicals to distribute 25 million free copies of the Koran as part of their “A Koran in Every Home” plan to have the German people “better understand” Islam. 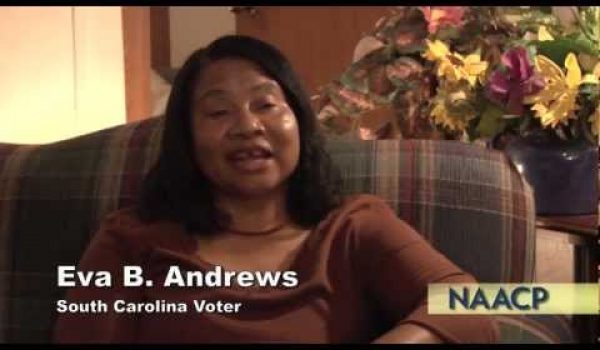 Picture of the Day: When it comes to the issue of voter IDs, the NAACP’s slip is showing
Next Post
Uninsured while self- or underemployed for 20 years