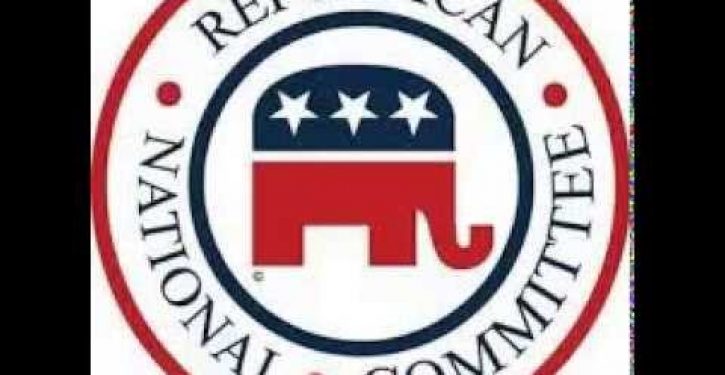 UPDATE: The RNC has responded to the following report with a link to a radio interview that Reince Priebus did last week with conservative talk show host Derek Hunter. A transcript of the exchange is below. A link to the audio follows:

PRIEBUS: My position is any programs of amnesty I’m opposed to and I think that when congress passes laws like securing the border and they say they’re going to enforce those laws they ought to do that first. I think that proves that when they pass laws and say they’re going to do things that’s when they ought to do it so you know that’s where I’m at on it.

HUNTER: It would be nice if the president followed the law too.

PRIEBUS: Well absolutely there’s no doubt about it. So I don’t know how you get to all these other programs without first enforcing the biggest problem which is the wound on the border. Because what will happen is you can go down this road of 10 year, 15 year, 20 year pathway but if the border isn’t secured then what are you actually accomplishing then in 15 years you and I are going to be having this well … hopefully not. But, someone like me and someone like you are gonna having this very same kind of conversation.

A moment’s thought reveals the futility of “legalization” pandering.

Yet, when RNC chair Reince Priebus was asked Wednesday what he thinks of the political wisdom of passing legalization/amnesty in the next 10 months, his reply was:

Well, I think if you look at where the biggest senate races are, it’s probably a mixed bag. I think politically speaking it’s a mixed bag, but the question is whether or not it’s something we have to do as a country, and I think that’s what’s trumping the political answer.

Political doublespeak is easy to interpret. Priebus is using “mixed bag” as a euphemism for what he understands will be a complete disaster. Whether legalization is “something we have to do as a country” is a question that he has answered, in the affirmative. He thinks there is some sort of ethical duty or practical need to pass legalization, in the next ten months.

Priebus is possessed by the spirit of Ted Kennedy, or the spirit of ’86, the last time politicians lied about enforcement and passed amnesty. In 1986, politicians promised enforcement in exchange for amnesty. Kennedy at the time said, “We will secure the borders henceforth. We will never again bring forward another amnesty bill like this.” Enough politicians were foolish enough to trust that promise.

Now, Priebus and a few other GOP pols want to pay tribute to Kennedy’s legacy by guaranteeing citizenship for Democrat voters in exchange for worthless promises of enforcement. Priebus, in a frenzy to repeat the Kennedy amnesty pattern, says amnesty is “something we have to do as a country” apparently, in the next ten months.

The major parts of our immigration law have been in place since 1965 and 1986. We are being asked to believe that there is suddenly now a need to revamp them. Some pro-amnesty GOP pols are leaning towards betraying American citizens, simply to make a pandering gesture — a gesture that will never be rewarded.

81% of immigrant Latinos “prefer a big government which provides more services to a small one providing fewer services,” according to the Pew Research Center. When one puts together numerous opinion surveys, it’s plain to see that immigrants are deeply liberal ideologically. In fact, the only place where immigrants are conservative is in the self-serving mythologies of Republican elites.

Priebus’s words were undoubtedly well chosen. He is making a public pitch on behalf of a Republican amnesty. Priebus is not even pretending to offer reasons why amnesty would be good for the country. Instead, he’s using fallacious appeals to (weak) authorities. On MSNBC Wednesday, he said, “You see in our party, whether it’s Rand Paul, who’s called for massive immigration reform, or Marco Rubio, I think you have general consensus that something big has to happen.”

A libertarian from a state with very few Hispanics and a white Cuban both support “legalization”, therefore it’s a great idea.

Why don’t Priebus and the pro-amnesty wing try thinking first?

Let’s find the people hiding in the ether who are conservative on some or most issues, and who are only voting for Democrats because of immigration. In other words, the only reason they don’t vote Republican is immigration law. Let’s verify that there is an audience for a conservatism plus amnesty platform. We should verify that before we go and enact policy that will remake this country, as Samuel Huntington warned.

The message for Priebus is simple: You’re spending more time and effort catering to people who are here illegally than you are to citizens — citizens who are angry that our immigration laws are being violated. Enforce the law, show that the border exists for a reason, or else you will have a revolt on your hands if you take one step towards legalization. The enforcement triggers are worthless and your “path” to citizenship is meaningless. Politicians lie, and we don’t trust today’s GOP much more than we would trust Ted Kennedy, who lied through his teeth in 1986.

The pro-amnesty wing of the GOP wants the nation to be suckered, just like we were in 1986. If there were ever a time to make a phone call to your representative and the RNC, this is it.