Dave Brat, an economics professor at Randolph-Macon College in Virginia, is challenging Rep. Eric Cantor in a Republican primary — and giving the House majority leader a verbal thrashing on immigration. Said Brat:

Cantor is following the agenda of the Business Roundtable and the Chamber of Commerce — pursuing policies that are good for big business, but come at the exclusion of the American people.

Cantor, in Brat’s view, is flunking badly on border security. Indeed, the congressman even applauded President Barack Obama’s State of the Union address outlining a path to citizenship for illegal immigrants.

On Friday, Cantor said on the House floor that “immigration reform could be an economic boon to this country.” Brat is having none of it. He calls the imminent GOP cave-in on immigration an exercise in “crony capitalism.:

It’s incredibly unpopular. It lowers wages, adds to unemployment, and the taxpayer pays the tab for any benefits to folks coming in.

This is not equal treatment under the law. People who are waiting in line [to immigrate] are fuming.”

Brat asserts that Cantor has lost his way on Capitol Hill after seven terms in office. Once considered a reliable conservative, Cantor, along with other Republican leaders, appears more interested in seeking cooperation with Democrats while courting Hispanic votes this election year.

While immigration rates low among voter priorities, the Democrats’ ”fix” forges a fearsome duopoly of Big Government and Big Business. “At every turn, the GOP establishment is favoring the elites,” Brat declares. “A change in immigration policy means amnesty.”

Not only would [amnesty] grant work permits to millions of illegal immigrants at a time of record joblessness, it would double the annual flow of new immigrant workers and provide green cards to more than 30 million permanent residents over the next decade.

Kenneth Palinkas, president of the National Citizenship and Immigration Services Council, assails lawmakers of both parties who are angling for an immigration deal. “There is no quality here, only quantity,” Palinkas wrote in a letter to Rep. Bob Goodlatte, a Virginia Republican who chairs the House Judiciary Committee.

Palinkas said the adjudicators his union represents at the U.S. Citizenship and Immigrations Services “are not equipped to handle (increased) workload. We have become a visa clearinghouse for the world, rather than the first line of defense for a secure immigration system.”

Amid the silence, the Washington Times’ Wesley Pruden assails what he called the “Republican suicide strategy on immigration”:

Brat is counting on — and getting — grassroots support in Virginia. Larry Nordvig, executive director of the Richmond Tea Party, says Brat has his group’s “100 percent” backing. Nordvig charges:

Cantor is actively pursuing amnesty. “He participated in the ‘Becoming America Tour’ this summer with radical left politicians. He also had his chief of staff host a ‘summit’ with representatives from rabid amnesty groups, like La Raza and the ACLU.

The feeling from the grassroots is, ‘Finally! We have a viable candidate to get rid of Cantor.’

Cartoon of the Day
Next Post
Is Reince Priebus channeling Ted Kennedy? *UPDATE* 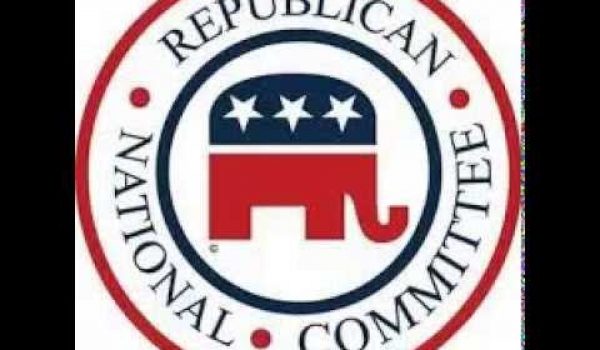