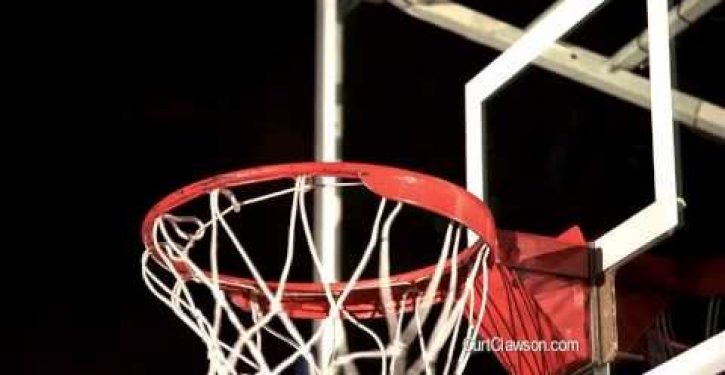 He’s calling you out, Mr. President … and on your own turf!

Barack Obama, as all the world knows, is a terribly macho guy, who not only follows sports but is quite the athlete.

OK, parts of the previous sentence are not true. You can’t be a jock if you wear mom jeans and blousy shirts. And you can’t claim to a sports junkie if you can’t name a single player on a team you profess to follow.

As for playing sports, the only game at which Obama has demonstrated less than embarrassing form is basketball. Fittingly, a Florida House hopeful has challenged the president to a game of hoops:

Clawson (R), who’s running in the special election to replace resigned Rep. Trey Radel (R-Fla.), shoots free throws in the ad — and sinks every one.

“I’m Curt Clawson. I’m challenging President Obama to a three-point contest. I wanna take on Obama in Congress, so why not start on the court?” he says.

He adds that “Obama’s been missing a lot of shots lately, and not just in basketball,” as clips play of Obama missing multiple free-throws.

Obama’s love of basketball as a stress-reliever is well-known, but his many misses on the court are well-documented. His skills drew scrutiny after a shootout during last year’s White House Easter Egg Roll where he sank only two out of 24 shots.

At the end of the ad, Clawson turns to the camera and asks: “My house or yours?”