Here’s one I never expected to hear about a presidential administration negotiating America’s national security issues:

Nuclear expert Gregory Jones expressed concern that the administration “does not fully understand” the deal it signed [with Iran].

Ordinarily, I would have made this post a Quick Take, because it’s going to be short.  But it’s very important for the maximum possible number of people to understand the two points raised in an article by Adam Kredo today at Washington Free Beacon.  One is the Jones point that the Obama administration doesn’t seem to understand the deal it has signed.  Jones elaborated:

“It appears to me the administration has negotiated an agreement it does not fully understand and I don’t understand how that can happen.”

“I don’t see how there’s going to be an agreement,” he said.

Iran, for instance, can continue to enrich uranium, the key component in a nuclear weapon, under the deal and continue to develop advanced nuclear apparatus.

Jones said he could not envision a scenario in which Iran is stopped from building a nuclear weapon.

Given these concessions, “I’m left with the impression the administration doesn’t really understand what it has negotiated,” he said.

The other point is equally troubling:  the actual proto-agreement – the document on paper – is being held under lock and key, apparently in a “secret location,” and U.S. lawmakers are having to jump through hoops to go there and read it.

This is highly abnormal.  It’s not how things work.  It’s strange enough that such a putatively momentous deal is being withheld from the public, but making it all but unavailable to members of Congress is even that much odder.

“Why is it that members of Congress have to go to a super secret location, a cone of silence … to look at the deal?” Ros-Lehtinen asked a panel of nuclear experts.

Ros-Lehtinen described the secret document as “quite eye opening” and wondered why the Obama administration continues to keep it under lock and key.

“It’s a very easy to read document; one doesn’t have to be as expert,” she said, urging other members on the committee to examine the deal.

“If this is such a great deal and so good for peace and diplomacy in our time why is it held in secret?” Ros-Lehtinen asked. “If the administration is proud of it, I think they should highlight it.”

To the question “Have other presidents kept deals like this under such peculiar wraps?” the answer is no.  Regardless of the diplomatic privacy in which sensitive agreements of this kind are often negotiated, the documents reflecting their terms are routinely made available to Congress, the media, and the public.  If a Republican administration were being so secretive, all Washington would be caterwauling in a Greek chorus of righteous rebuke right now.

Each of us can form his own opinion as to why the Obama administration won’t release the document to the public.  But dollars to doughnuts, it’s got something to do with the fact that Obama keeps saying we’re on track to get Iran to slow, dismantle, and reduce her nuclear program, while the Iranians keep saying they have no intention of doing any such thing. 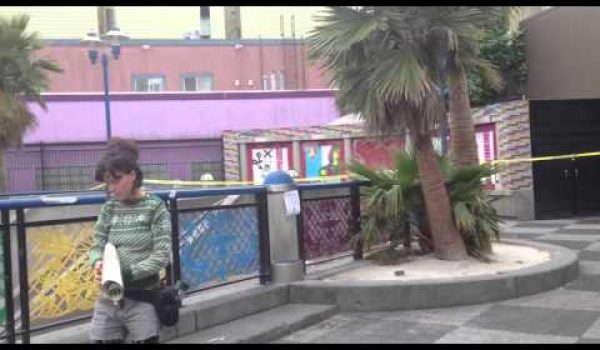