Perkins was roundly criticized for suggesting that anti-wealthy propaganda today compares to anti-Semitic propaganda in nazi Germany and retracted his comparison.

Perkins said in his letter,

“I would call attention to the parallels of fascist Nazi Germany to its war on its ‘one percent,’ namely its Jews, to the progressive war on the American one percent, namely the ‘rich.'”

The mainstream media generally did not consider Perkins’ concerns, opting to harp on his nazi comparison instead.

In the wake of his comments, perhaps it would be good to understand the events that led to Kristallnacht.

Kristallnacht, or “The night of broken glass” was a turning point in nazi Germany. The two-day attack on Jewish people and their Synagogues, homes and businesses in November 1938 by Hitler’s thugs left glass in the street from broken windows, hence the name. Many of the perpetrators were dressed in street clothes, so that the brutality could be framed as a German uprising against the Jews.

But it was not an uprising of the people.  Kristallnacht was a Government-sponsored terror attack.

Anti-Semitic propaganda, harassment and legislation, through Kristallnacht, manifested into physical destruction and murder. Kristallnacht foreshadowed the Jewish plight in nazi Germany and marked the “symbolic beginning” of the holocaust.

A discussion of Kristallnacht can be found at “History Follower” and starts with the following sentence:

“Before Hitler came into power in Germany in 1933, Jews had been fully integrated into German society as citizens.”

This is striking, because it illustrates that constant vilification of a particular group can eventually turn the tide of public opinion.

Events leading up to the Night of Broken Glass

From 1933 to 1938, Jews were the victims of an intense and vicious propaganda campaign, as well as the 1935 Nuremberg laws, which “excluded German Jews from Reich citizenship and prohibited them from marrying or having sexual relations with persons of ‘German or related blood.”

Books were burned, Jewish children were publicly humiliated as they were told to leave class after being barred from attending public schools, history was rewritten to scrub away Jewish culture and influence, children were taught that non-Aryans were racially inferior, Christianity was incrementally removed from the public square, and an aggressive boycott of Jewish businesses is detailed in a must-listen podcast at TabletMag.

In the weeks before Kristallnacht, all weapons were confiscated from the Jews, and they were “prohibited from working in the firearms industry.”

“That the Jews were disarmed before it [Kristallnacht], minimizing any risk of resistance, is the strongest evidence that the pogrom was planned in advance.”

It seems that the nazis were waiting for the right time to pounce.

An incident in Paris on November 7 “created a plausible reason for Hitler and the German nazi regime to instigate violent widespread anti-Semitic attacks.”

“To avenge the brutal abduction of his Polish Jewish parents in Germany, 17-year-old Herschel Grynszpan, who was living in Paris, on November 7, 1938, walked into the German Embassy in Paris and shot Third Secretary, Ernst vom Rath.”

Grynszpan had just received a letter from his sister, Berta, documenting the plight of his family under Nazi rule. Grynszpan himself was sent to live with his aunt and uncle in Paris because he could not find work as a Jew in Germany. While he was away, his family “were among ten thousand Jews ruthlessly removed from their homes and deported to Poland in boxcars.”  This initial expulsion of Polish Jews from Germany was referred to as “Polenaktion.”

The Nazis used the murder of Ernst vom Rath to fan the flames of anti-Semitic hatred, and to justify Kristallnacht.

Joseph Goebbels, Hitler’s minister of propaganda, held a press conference the day after Kristallnacht.  He told reporters that Kristallnacht was not a government action but a “spontaneous” expression of German dissatisfaction with the Jews.

“It is an intolerable state of affairs that within our borders and for all these years hundreds of thousands of  Jews still control whole streets of shops, populate our recreation spots and, as foreign apartment owners, pocket the money of German tenants, while their racial comrades abroad agitate for war against Germany and gun down German officials.”

Two days later, the government fined the Jewish community one billion marks for “property damaged in the rioting.”

A very helpful timeline of events that incrementally led to the Holocaust can be found here. Perhaps the easiest way to gain insight into the nazi ideology can be illustrated in the nazi platform.

With this in mind, are Tom Perkins sentiments out of line? Interestingly, much of the criticism against him seemed to be equally outaged over the fact that he is wealthy, which gives Perkins’ comparison more credibility. Regardless, he called his comparison a “terrible misjudgment,” and wrote a letter of apology to the Anti-Defamation League, as reported at Forward. 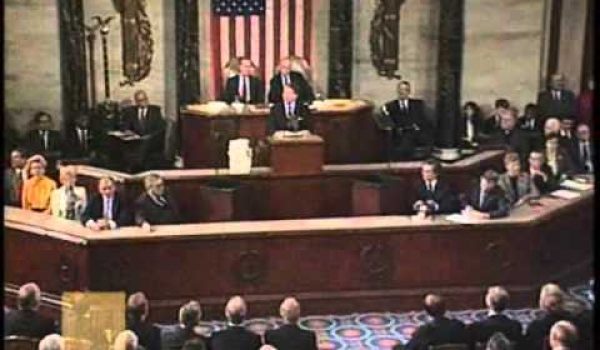