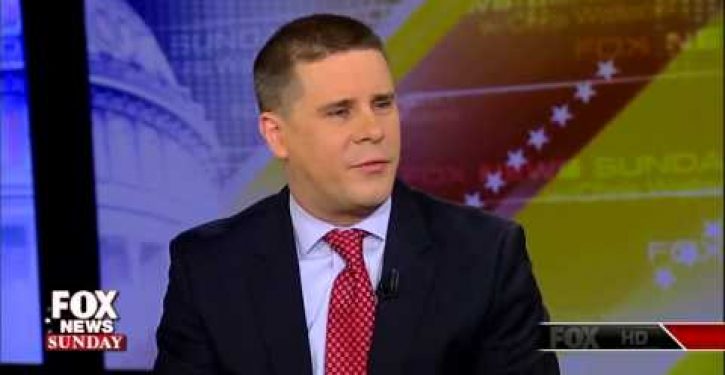 You lose: Pay up.

What, you don’t recall we had a bet? You said Obama would stop blaming George W. Bush after a term in office. I said he wouldn’t.

You probably don’t remember Recovery Summer either, but there you’re not alone. Neither does White House adviser Dan Pfeiffer, who entered the lion’s den on Sunday, where he told Fox News Channel’s Chris Wallace that the continuing economic slump was part of the “mess this president inherited.” He also pointed to “positive indicators,” like the drop in the unemployment rate. Makes you want to cry.

Here is the video. A transcript follows.

CHRIS WALLACE: You talk about income inequality. Some experts say the real reason that you got such income inequality is because of the weak Obama economic recovery. Let’s take a look at some of the numbers there. Since the president took office, median household income has dropped from $55,900 to $52,100. Poverty has increased by 6.7 million to a record 46.5 million, and participation in the labor force has dropped from 65.7 percent to a 36-year low of 62.8%. Wouldn’t a stronger, more robust economy and recovery solve a lot of these problems the president is talking about?

DAN PFEIFFER: Well, absolutely, but I think it’s important to remember this president inherited the worst economic situation since the Great Depression. A financial crisis. But –

WALLACE: But the recession ended four years ago.

PFEIFFER: Yes. And we have created in the last 46 months, eight million jobs. The unemployment rate has dropped to 6.7 percent. We are now producing more oil than before. The American auto industry is number one in the world again. We’re making progress but there is more to do, and that’s what you hear the president talk about. I think it’s important to remember that what we’re trying to do here is restore opportunity for all Americans. Grow the economy and create jobs.

WALLACE: But you talk about restoring opportunity. Median household income is down. Labor force participation is down. Food stamps are up. Poverty rate is up. If things are so great, how come they’re so lousy?