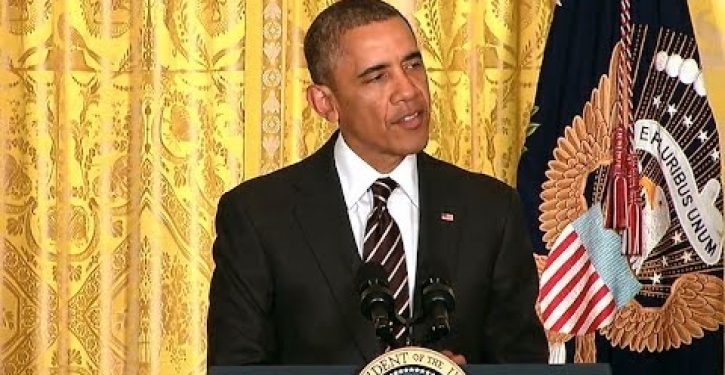 One of the most troubling things about the Obama presidency is not so much his unlawful actions, but his complete freedom to change the laws at a whim, with enthusiastic support from his allies and utter apathy from too many Americans.

Whether it be the members of his own party, the Republican establishment or the mainstream media, those who have the most power to shed light on lawless behavior remain silent.

Those who dare to speak out are mocked, vilified and labeled as “extreme.”

Senator Ted Cruz is one of those voices.

On Mark Levin’s evening broadcast Thursday, Cruz gave examples of President Obama’s willy-nilly enforcement of the law, including laws on immigration, welfare and drug laws, and lamented that the press “should be concerned about the rule of law.”

“We have never had a president, who over and over again, openly and aggressively defies the law. If he doesn’t like the law, he refuses to enforce it, or he simply proclaims it changed.”

Cruz said that “exemption after exemption” on aspects of Obamacare was the president’s most “egregious” example of bypassing laws.

He asked, “Where is the press?”

The discussion came after Levin played Obama’s comments from Thursday’s conference of Mayors in Washington, where President Obama doubled down on his “pen and phone” rhetoric.

“Where Congress is debating things, and hasn’t been able to pull the trigger on stuff, my administration is going to move forward, and we are going to do it in partnership with all of you. I’ve got a pen, and I’ve got a phone. And that is all I need because [applause] with a pen…[applause] With a pen I can take executive actions; with a phone I can rally folks from around the country to help grow the economy and restore opportunity…”

“Of all the dismaying aspects of the Obama presidency, perhaps the most dangerous is this consistent pattern of lawlessness.”

“It is absolutely appalling, how the ruling class accepts this and encourages this,” he said. “He may have a pen and he may have a phone. But Senator, we have a Constitution.”

Watch the President’s comments here (around the 5:00 mark):

Did Geithner threaten S&P over downgrade, before Holder brought lawsuit?
Next Post
Flashback: Harry Reid was an ‘extreme conservative’ in 2007