New York Mayor Bill de Blasio and Governor Andrew Cuomo would have likely labeled Harry Reid as an “extreme conservative” and banned the Senate Majority Leader from New York in 2007.

“extreme conservatives who are right-to-life, pro-assault-weapon, anti-gay….have no place in the state of New York, because that’s not who New Yorkers are.”

“The first point is, we represent our people and Governor Cuomo is right and I believe I’m on firm ground in saying our people, the people in New York State and the people of New York City reject extremists views against a woman’s right to choose and in favor of the proliferation of guns in our society. And I stand by that 100 percent.”

In 2007, Harry Reid was pro-life, endorsed by the National Rifle Association, and believed that marriage was between a man and a woman.

He has since changed his long held positions on all three issues.

Glenn Greenwald wrote the following about Harry Reid for Salon, quoting the Progressive, in December 2007:

“Harry Reid is a pro-life converted Mormon, vocal in his opposition to gay marriage, unlikely to appeal to the activist faction of the party. Though he does not support a constitutional amendment banning gay marriage (on the grounds that it interferes with states’ rights), he did vote for the Defense of Marriage Act. He voted against a ban on assault weapons and was endorsed by the National Rifle Association.” [Emphasis added]

“I don’t in any way apologize for being pro-life. I’m pro-life.”

Harry Reid has since “evolved.”

“Reid said since the U.S. Supreme Court ruled abortions should be legal, lawmakers should stop trying to limit access to the procedure.”

“…those opposed to expanded background checks ‘should be embarrassed and ashamed of themselves.'”

In 2012, the Salt Lake Tribune reported,

“Senate Majority Leader Harry Reid says gay Americans should be able to get married, a new position that shows President Barack Obama isn’t the only politician whose views are evolving.”

Harry Reid has “evolved” on other topics, as well.

As reported at Liberty Unyielding, Harry Reid once made a passionate case against imposing the 200 year filibuster rule, or the nuclear option, saying that it would “ruin our country.” In 2008, the Wall Street Journal reported that Reid said he “would never turn to the nuclear option, saying it would be a ’black chapter in the history of the Senate.’” But in 2013, Reuters reported that Harry Reid “led the charge on the rules change.”

“Why is it right to increase our nation’s dependence on foreign creditors?…most Americans know that increasing debt is the last thing we should be doing….”

Now, Harry Reid is all for it, sending letters to Obama saying that failing to raise the debt ceiling would “threaten the full faith and credit of the United States,” and making it clear that the debt ceiling will be raised without negotiation.

Harry Reid’s hypocrisy is even more mind-boggling when one considers how he and his allies have trashed conservative American citizens repeatedly as being “anarchists” who are committing extortion, for example.

Today’s vote by House Republicans is pointless. The American people will not be extorted by Tea Party anarchists. #GOPshutdown 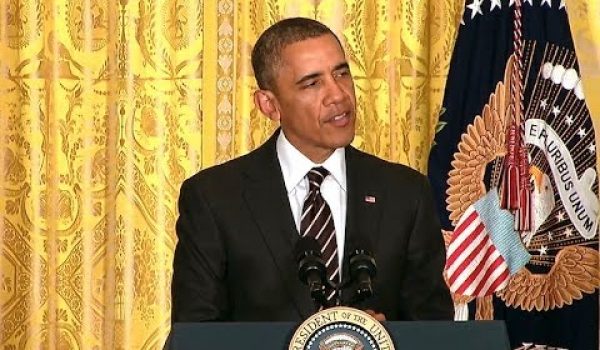 Ted Cruz chides media on Mark Levin Show: ‘Where is the press?’
Next Post
‘Do-nothing’ Congress points out that ‘171 House-passed bills are sitting in the Senate’