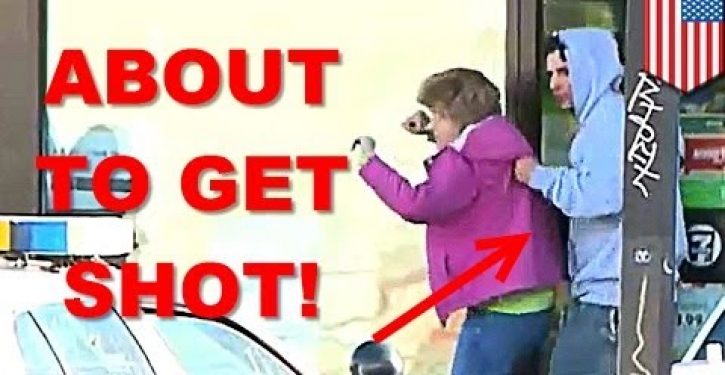 In the close-knit world of professional snipers, the orders “take the shot if you have a shot” rarely ends without bloodshed. And that’s exactly what happened in the Rocky Mountain State, as reported by both the ABC News affiliate (TheDenverChannel.com) in Denver, CO, and the Taiwanese/Japanese TomoNews video portal on Jan. 13, 2014.

A yet to be identified hostage taker reportedly had an undisclosed number of civilians held in a Denver 7-Eleven convenience store as he was on the run from local law enforcement.

Witnesses state they saw the man being questioned by police when he suddenly dropped his coat and bolted for the nearby store.

A slew of police officers pursued the man into the store, and despite no mention of whether the was armed, one of the witnesses said of the Denver PD in the store, “All of a sudden they were backing out. They were pleading with him to let the hostages go.”

After a full hour of negotiations to get the hostages released and repeated attempts to peacefully end the standoff, the suspect decided to use one of his hostages as a human shield in an effort to escape. It was then that a member of the Denver SWAT Team took the shot which struck the chest/shoulder.

Specializing in mixing live action video with the latest in computer animation, TomoNews highlighted the criminal drama that couldn’t be caught by the videographers on scene. The single sniper shot was played in slow-motion.

The  hostage taker survived the single shot to the upper torso but is listed in critical condition in a local hospital.

The hostage was rescued without a scratch.