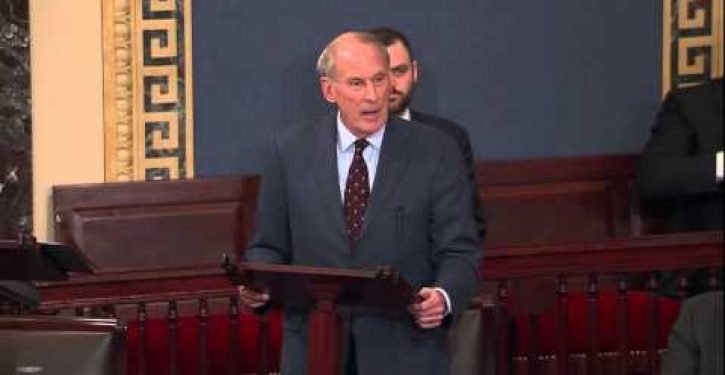 Whether you are a Republican or a Democrat, you could not fail to be impressed by Sen. Ayotte’s move.

The policy analyst with the Center for Immigration Studies, called Ayotte’s gambit “a stroke of genius.”

“It provides money to the unemployed while taking undeserved tax refunds away from illegal aliens,” North said.

Ayotte is among a half-dozen Senate Republicans pressuring Reid and majority Democrats to accept cost-cutting reforms in exchange for their votes to extend relief to up to 5.4 million jobless Americans whose benefits are expiring.

Turning up the heat, U.S. Rep. Sam Johnson, R-Texas, assailed Reid for flip-flopping on the IRS’ handling of the child tax-credit program:

In 2008, Reid and other Democrats supported H.R. 5140, the Economic Stimulus Act of 2008, which provided IRS tax-credit checks to taxpayers and their children. At that time, all recipients were required to provide Social Security numbers to be eligible.

Since then, the IRS has determined that an Individual Taxpayer Identification Number, which can be obtained without proof of legal residency, was sufficient to receive the $1,000 Additional Child Tax Credit.

Reid and other Democrats acquiesced to the change, arguing that, otherwise, some children with legal residency would be denied benefits.

North, a Democrat, rejected that reasoning:

If you are born in the U.S., you can get a Social Security number, and, under Ayotte’s amendment, the tax credit, too. Republicans are not taking money away from all children of illegal aliens, just those who are either illegal themselves or non-existent.

Watchdog last year reported that the IRS mailed thousands of ACTC refunds, totaling millions of dollars, to single addresses around the country. The nonpartisan Joint Committee on Taxation estimated that restoring the original 2008 citizenship rule would save approximately $24.4 billion annually.

U.S. Sen. Claire McCaskill, D-Mo., expressed “alarm” about what she called improper payments of the child-tax credit, and vowed to stop them. Whether Reid will join her, and accept Ayotte’s amendment as “reasonable,” will be determined Monday.

Republican U.S. Sens. Dan Coats of Indiana and Rob Portman of Ohio have proposed nearly $50 million in additional reforms to offset the cost of extending unemployment benefits. Coats, in a debate on Thursday, assailed Reid for singlehandedly blockading GOP amendments and blocking votes:

Do we have just one person who runs the place? I am representing the people of Indiana and their voice is shut out.

Reid’s plan would pay for an 11-month extension of benefits by adding a year of budget sequestration, increasing the deficit by $17 billion through 2023.

What liberals (including Ezra Klein) don’t get about health care
Next Post
‘For the caution of health’: Obama speaks Spanglish to Hispanics