Unless one’s been in deep contemplative prayer at an über-cloistered nunnery or far in the woods torturing small animals to honor your Dark Lord and Master, just about everyone knows that the New York City-based Satanic Temple is offering to spring for a rather large statue of Old Scratch (or a goat-headed Baphomet, as the case may be) to be erected on the grounds of the Oklahoma state Capitol to “complement and contrast” the 2012 erected monument of the Ten Commandments, as reported by The Advocate of Baton Rouge, LA on Jan. 12, 2014.

In the recent history of this particular republic there’s been talk, as well as some very solid moves, to mainstream Satanism into the American landscape. Everything from the Armed Forces commissioning Satanic clergy to the Chaplain’s Corps, to the younger generation spending millions of dollars on music that leaves little to the theological imagination.

Case in point, a Rap group known to the world as Three 6 Mafia, “entertains” us thus:

The Singing Nun, they ain’t.

In the spirit of cultural diversity it should also be noted that Death Metal’s (aka: “Black Metal” and “Satanic Metal”) contribution to the societal acceptance of Beelzebub includes War’s moving rendition of their rather straightforward-titled ditty “Satan”:

From a Secular Perspective…

If and when Satanism ever garners cultural acceptance is irrelevant. What is relevant is that it makes perfect secular sense to commemorate the 10 Commandments not only at the Oklahoma seat of government, but at the seats of government at every level in this nation.

Going all the way back to the Founding Fathers, it’s been widely accepted that our Constitution is based directly on English Common Law.

Not exactly known as a hot-bed of conservative thought, the UC Berkeley School of Law notes:

Medieval scholars of Catholic church law, or canon law, were also influenced by Roman law scholarship as they compiled existing religious legal sources into their own comprehensive system of law and governance for the Church, an institution central to medieval culture, politics, and higher learning. [Emphasis added]

By the late Middle Ages, these two laws, civil and canon, were taught at most universities and formed the basis of a shared body of legal thought common to most of Europe.

Those “existing religious legal sources” cited just happen to go by another phrase, which is – wait for it – the Ten Commandments.

Show Some Respect to Your Grandparents…

Acceptable in some non-Western legal systems (Islamic Sharia Law comes to mind), there’s a reason why it’s widely illegal in the West to kill someone on the spot if you’re of the opinion they’ve somehow offend or dishonored you.

Agree, disagree, or be ambivalent to the notion of God, there is simply no arguing against the fact that the basis for our Constitutional laws against perjury, burglary, conspiracy and of course, murder, all originate from that particular set of Mosaic Laws.

Even an intellectually honest atheist would agree that our supreme civil laws may not have sprung directly from the loins of those famed stone tablets, but  they are at least the grandchildren thereof.

But back to the argument of the Satanists: So why can’t their statue be erected to “complement and contrast” the 10 Commandments?

Quite simple – they haven’t contributed anything to our legal system.

Well, they do advocate certain acts a DA would salivate over.

Not affiliated with the Satanic Temple, some examples from the Church of Satan website of their particular catechism:

Though not even flirting with the illegal, the Satanic Temple‘s site certainly could prompt a casual reader to come to the assumption they’re ambiguous at best to the notion of moral or criminal absolutes. 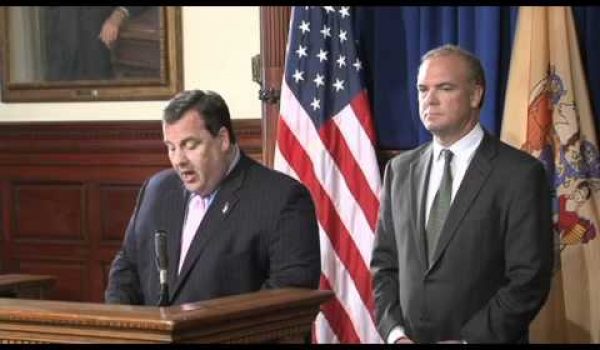 Flashback: Chris Christie on global warming — ‘Time to defer to the experts’
Next Post
Sunday news shows’ fixation on Bridgegate