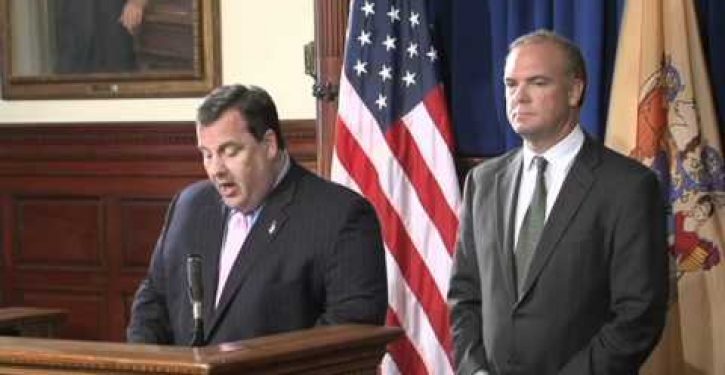 On Friday’s Glenn Beck radio program, Beck responded to criticism that he was “poisoning the well” by not endorsing Chris Christie as a potential Republican candidate for President in 2016.

He said in part,

“…it is not our job to make sure Republicans get elected at any cost.”

Lest you may need some reminders on where Christie stands on certain issues, the media mogul played a montage of Christie’s previous statements related to gun control, global warming (or is it climate change?) and immigration.

On immigration (speaking on whether illegal immigrants should have access to in-state tuition rates), Christie said:

“We need to get to work in the state legislature, on things like making sure that there’s tuition equality for everybody in New Jersey.”

“I have. I have, because that’s what the people of our state want. And they’ve been found to be Constitutional under the United States Constitution…I don’t have any problem with that.”

“…when you have over 90 percent of the world’s scientists who have studied this stating that climate change is occurring and that humans play a contributing role it’s time to defer to the experts.”

Beck said that he will not be a “shill” for the Republican party.

The video of Glenn Beck’s commentary can be found here.

By the way, Chris Christie does not think that a lack of Tea Party support will hurt him. It seems that Christie and other establishment Republicans are pretty confident that “moderate” conservatives are okay with the status quo.