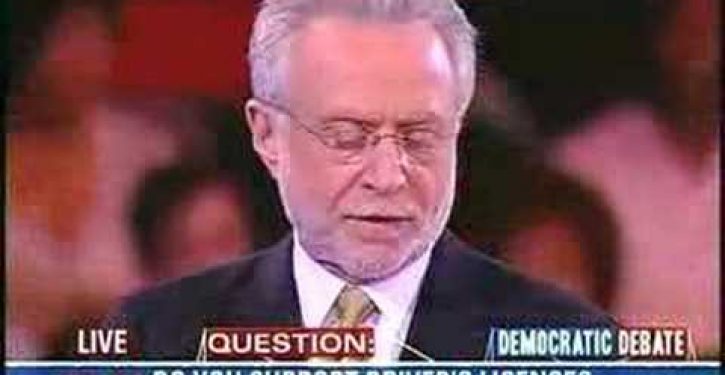 Nevada Department of Motor Vehicles has confirmed that 75 percent of illegal immigrants failed the written test needed for a “driver authorization card,” as reported by the local CBS affiliate in Las Vegas.

In the past year, the number of states giving illegal drivers licenses “has nearly quadrupled, from three to 11,” as reported in October by Karthick Ramakrishnan and Pratheepan Gulasekaram of Mercury News.

“By easing the threat of deportation for immigrants brought here unlawfully as children, DACA was meant to lend momentum to more expansive efforts at comprehensive immigration reform in Congress, including a pathway to legalization for undocumented immigrants. While DACA hasn’t so far succeeded in that regard, it has jump-started an important new wave of state immigration policies aimed at immigrant integration. ” [added emphasis]

DACA refers to the Obama administration’s Deferred Action for Childhood Arrivals, an unconstitutional move that again illustrates the increasing power of the executive branch of government. It also illustrates the unwillingness of elected Democrats and Republicans to stand strong against such a blatant overreach.

That is reminiscent of the argument often used to justify giving teenagers free condoms.

As illegal immigrants are increasingly being rewarded for surreptitiously crossing the border, perhaps instead of burdening them to study for their tests, Americans should just go ahead and give them licenses. After all, they currently can be eligible for other benefits, such as “child tax credit refunds,” as reported by Kendric Ward of Liberty Unyielding.

“…the IRS’ internal auditor determined in 2011 that in the previous year $4.2 billion in child tax credits went to people not authorized to work in the United States. The IRS’ position has been that it doesn’t believe the law allows it to deny the tax credit to illegal immigrants.”

During a 2007 debate, then-senator Obama endorsed the policy of giving driver’s licenses to illegal immigrants as a matter of “safety.”

It seems to this author that securing the borders is a much more effective safety measure.

Watch the relevant portion of the debate here:

Progress in war on black poverty due to civil rights, not welfare
Next Post
When will the economy really ‘turn the corner’?