An interesting juncture is shaping up for three national policies: a juncture that will see its interactions played out on the territory of Lebanon.

Two weeks ago, UPI reported on a study by the Begin-Sadat Center for Strategic Studies, which assessed that Israel is preparing for a campaign in Lebanon to eliminate Hezbollah’s growing arsenal there.  The IDF’s plan is for a “short, sharp war,” according to the report:

The Wall Street Journal today provided insight into the evolving nature of the Hezbollah missile threat.  Iran is sneaking the missile systems into Lebanon in pieces, across Syria, and the threat is growing not only because of numbers but because of improved guidance packages.  Hezbollah’s threat of Scud missiles, or even shorter-range rockets, has never been negligible.  But with guided missiles and modern anti-air weapon systems, the terrorist group could target military assets more effectively, as well as population centers.

This quality of weaponry would be a game-changer, certainly.  All things being equal – operating, that is, on the assumptions of the last few years – we would expect Israel to act.  I’m not sure we would expect the Begin-Sadat Center and U.S. intelligence officials to both draw a picture for us first, with arrows pointing to what the IDF is likely to do.  But our expectations have certainly been conditioned to what we’ve seen outlined recently in the Western media.

Put into the mix the recent report that the Saudis will be buying $3 billion of arms for Lebanon, with the purpose of changing the arms balance in the country in the Lebanese army’s favor.  Hezbollah is the target of this policy as well, but it would be a slower-acting and less direct policy, in terms of eliminating Hezbollah’s weapons arsenal.  Its focus is more diffuse and political: it seeks to back the factional push in Lebanon to establish a genuine unity government – on the “civil state” principle as opposed to radical Islamist ideology – and to enforce real national borders and sovereignty.  (See the summary at the last link above for the political aspects of the Saudi initiative.)

The question will be whether this Saudi maneuver is seen by Western governments, including America’s, as an alternative preferable to an Israeli strike campaign.  I don’t think the Saudi move is merely a maneuver to block Israel; I assess the Saudis to be in this for the long term, with positive strategic purposes of their own.  That doesn’t mean that what they want to do would be preferable to or more effective than an Israeli strike.  It doesn’t mean it would answer Israel’s security needs at all.  But the potential is there for the Saudi move to be seen as a competing strategy.

Does anyone doubt that the Obama administration would find something like the Saudi gambit to be full of interesting potential, and to be a way of obviating an Israeli action?  Team Obama has effectively taken just that attitude toward the non-deal Iran “deal,” interpreting it conveniently as a guarantee that Israel doesn’t have to mount a strike on Iran while the non-deal is being endlessly discussed in Geneva.

Maybe the Obama administration is indifferent to whether Israel conducts a strike campaign in Lebanon.  But I doubt that.  Team Obama has been going out of its way to expose Israel’s preemptive strike activity in Syria.  Now U.S. officials are disclosing – in advance – very specific information on Israeli concerns about Hezbollah’s weapons acquisitions.  That would be odd if they wanted Israeli strikes to have the best possible chance of succeeding.

The focus of the U.S. officials seems, moreover, to be very much on Israeli concerns.  A well-armed Hezbollah is a threat on multiple axes, certainly to Lebanon and as a factor in the Syrian civil war, and the U.S. has a declared national interest in each of these regional situations.  But the Hezbollah weapons build-up is parsed by the unnamed U.S. officials in terms of Israel’s interests.

This is strange, if we remind ourselves that U.S. policy in the region hasn’t always been as passive-aggressive, weirdly triangulating, and one-sided as it has been in the last five years.  There used to be a time when we actually cared about the political outcome in Lebanon, and when we might have seen a revolution in Syria as a chance to pursue strategic policy objectives – a friendly, more civil, non-terror-sponsoring Syria – rather than just finding the least-effort way to delegate a newfound Responsibility to Get Rid of Chemical Weapons.

The older model of U.S. policy survived from one administration to the next over the last 60-plus years, even if it was pursued with differing levels of energy and expertise.  Now it seems to have fallen into disuse and atrophy.  This lack of American political interest in the other nations of the Middle East, and the outcomes of their internal conflicts, is the vacuum the Saudis are trying to step into.

Is their Lebanon gambit timed properly to compete with, and perhaps frustrate, an Israeli option to strike and eliminate Hezbollah’s weapons stockpile?  I don’t say timed “deliberately,” because the Saudis aren’t likely to be coordinating such a thing with Washington now, nor do they have high expectations about responses of any kind from the Obama administration.

Again, I think the Saudis are in this for the long haul: this isn’t a minor, short-term maneuver, and they don’t anticipate conditions reverting to the status quo ante Obama.  Recognizing that we’re all embarking on a new reality, they’re trying to shape perceptions, expectations, and outcomes.  Their target audience may be the foreign ministries in Paris, London, Berlin, and Moscow – not to mention Cairo and Ankara – as much as in Washington.

Under the old reality, the best the Saudis might hope for was that Israel would de-fang Hezbollah and thus enforce a condition that was favorable to Saudi interests, even if they didn’t have much influence over it.  But in the new reality, the Saudis can hope to achieve something even better: favorable conditions in Lebanon that the Saudis themselves are the main patron of, and that don’t depend on Israel, and don’t even depend on the U.S.

Will enough interested parties see that as a bandwagon they can agree to get on?  Might the Obama administration see it as a conveniently packaged alternative to standing aside, once again, for an Israeli strike?  Will the timing of any emerging threats or maneuvers be such that this march of events could, at least in theory, frustrate or even stymie Israel’s freedom of action?  On the other hand, can Israel live with seeing the Saudis become power brokers over the national integrity and security of Lebanon?

All questions we can’t know the answers to right now.  But we can be sure of this: the Saudis, and others, see the possibilities, and are asking these questions among themselves. 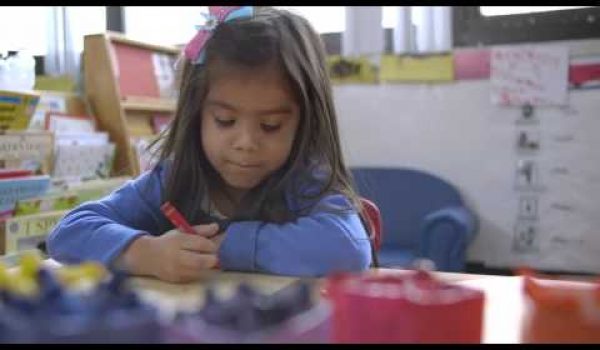